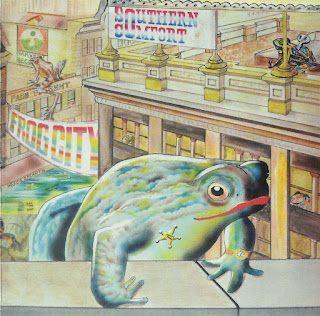 By 1971, Uni's soft rock sensations, Matthews Southern Comfort were suddenly without their songwriting frontman, lain Matthews. The band had achieved a number one single with Woodstock (a Joni Mitchell composition), but Matthews was on the move again after stints with The Pyramid, Fairport Convention and a solo career which had prompted Matthews Southern Comfort (named after his solo LP issued in 1969).

Originally Matthews had quit Fairport Convention after recording sessions had turned sour two years into their relationship. This prompted his move for a solo career, a move which resulted in the release of Matthews'Southern Comfort in 1969 for Uni records. Although happy with the results, Matthews' yearned to be part of a band and enlisted Roger Swallow and Mark Griffiths, two Northampton lads who had recently backed Denis Couldry in Smile and recorded an LP with the band Harsh Reality (Heaven and Hell). Swallow and Griffiths had originally met with lain Matthews courtesy of Fritz Fryer who had arranged for them to jointly provide backing for Marc Ellington's self titled debut LP in 1969.

Another ex-Harsh Reality player, Carl Barnwell was also enrolled along with Peter Watkins on bass guitar. With Gordon Huntley providing steel guitar, the band set about recording Second Spring which was issued by Uni in 1969. For the band's second LP (Later That Same Year), Watkins was replaced by Andrew Leigh on bass guitar (ex-Spooky Tooth) whilst Ray Duffy (Dean Ford and The Gaylords, Marmalade) replaced Roger Swallow who had left to join Principal Edward's Magic Theatre.

Immediately after recording sessions were completed, Matthews announced his decision to quit opting to pursue a solo career again. Andrew Leigh also took time out to record his own LP issued by Polydor in 1970. Leigh was assisted on Magician by rock heavyweights, Reggie King, Gary Farr, Kevin Westlake, Gordon Jackson and various other fanciful names.

Once the band had adjusted to life without Matthews, they quickly regrouped and set about recording a follow-up LP. The band now known as Southern Comfort signed to EMI's progressive arm, Harvest recording at Advision studios. Their self-titled LP appeared in 1971 to favorable reviews and all-round applause prompting further recording sessions.

The band's third LP Frog City was recorded in 1971 at Abbey Road studios and established the band in their own right while Matthews was simultaneously enjoying the fruits of his own labours with Vertigo. Frog City's success initiated a third LP with Stir, Don't Shake appearing in 1972, an album that was to be their last work together, thus concluding an adventurous episode in British rock music history.

In the aftermath of Southern Comfort, Ray Duffy joined Gallagher and Lyle (Gallagher had penned the second single for Duffy's old band The Gaylords back in 1964). Gordon Huntley returned to his steel guitar manufacturing business, lain Matthews was reunited with Roger Swallow joining ex-Liverpool Scene member, Andy Roberts to front the band Plainsong in 1972. Roberts had originally contributed guitar to the Matthews Southern Comfort LP in 1969.
CD Liner-Notes 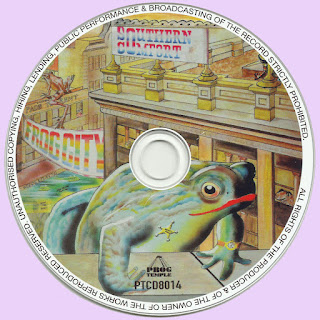