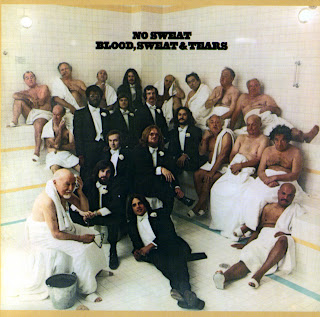 David Clayton-Thomas replaced by the blind singer Bobby Doyle, once leader of the Bobby Doyle Trio. Joe Henderson replaces Fred Lipsius and guitarist George Wadenius, a member of the Swedish group "Made in Sweden", joins the band. The new lineup fails to gel and they start to look for another lead singer.

Jerry Fisher is at this time recording singles in New York with "New Design", a subsidiary of Columbia Records (the BS&T label). His newly tracked recording session prompted an invitation to have a jam session with the group. After that, he's invited to join the band. Prior to joining BS&T, Jerry Fisher performed the nightclub circuits in Las Vegas, Tahoe, parts of his native Oklahoma and Texas. He had a sizeable following and was considered by one Texas music critic as "probably the greatest white blues singer in the business".

All these changes mean time rehearsing and reorganizing instead of recording and Columbia Records releases a "Greatest hits" package. Eleven selections, seven singles chart entries, plus two album tracks from the celebrated debut album when Al Kooper lead the group, and two more from the Grammy-winning multi-platinum second album.The album contained the singles edits of the songs.

The personal changes continued. Joe Henderson is replaced by Lou Marini Jr. Dick Halligan calls it a day and Larry Willis takes over as keyboard player. In the summer of '72, Blood, Sweat & Tears went in the studio again to record a new album. This time they choose mostly covers. At the end of August, the first new material to be released in 13 months, the single "So Long Dixie" is released, but stalls out at #44. The album is released a month later. A discouraged Steve Katz leaves the band along with Chuck Winfield, who is replaced by Tom Malone. There is no replacement for Steve Katz.

As touring continued, Blood, Sweat and Tears begin gathering material for yet another album and in the spring of 1973 they are once again in the studio to record. The result "No Sweat" was released in June the same year and contained both originals and cover songs. The album this time is more rocking with "Roller Coaster" released as a single. The LP scores at #42 and another single, "Save Our Ship" is released from the album.

The touring continues and so are the personal changes within the band. Longtimer Jim Fielder leaves and is replaced by Ron McClure, Lou Marini JR is replaced by Bill Tillman. Tom Malone leaves and Tony Klatka takes over. Lew Soloff also leaves the band. Jerry LaCroix, formerly a member of the Edgar Winter group, joins the band on sax and flute. He also sings, but Jerry Fisher is still the lead singer. 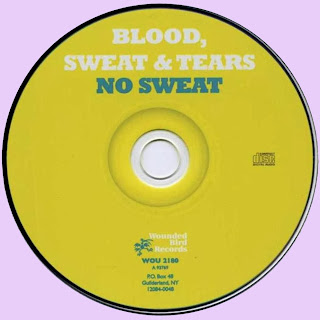