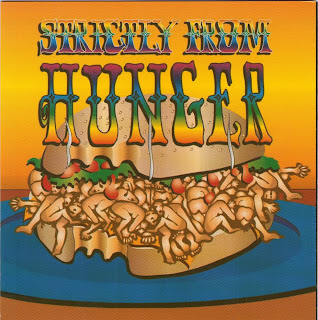 By 1968 The Hunger! were on the verge of stardom. Having already headlined with Cream, Zappa, Neil Young and The Byrds, this now relatively unknown band were scheduled to play the Hollywood Bowl with The Young Rascals and Janis Joplin.

In a cruel twist of fate their equipment was stolen twice by the mob, and the group disbanded to be left wondering what might have been. But for these misfortunes Hunger might have amounted to more than just a record collector’s relic.

Hailing from Portland Oregon, The Hunger! had moved down to Los Angeles in the late sixties where they began to gain popularity amongst the burgeoning West Coast psychedelic scene.

Their sole album, Strictly From Hunger! was released on Public! Records in 1968 and is very much in keeping with the more prominent psych-rock bands of the Californian scene, inhabiting the same musical sphere as The Strawberry Alarm Clock, The Doors and Jefferson Airplane. All of the tracks are predominately organ lead with an emphasis on a heavy “swinging sixties” groove, orchestrated by some fantastic bass work by Tom Tanory and the rock steady drumming of Bill Daffern.

That is not saying, however, that the album is cast in the mould of sunshine/flower pop. Strictly From Hunger! certainly has it’s darker and heavier moments and there is an inescapable feeling of melancholy throughout the course of the record. The vocals (Parkinson, Daffern and Morton all take turns on various tracks) move between paranoia and despondency, highlighting the subtly surreal lyrics with minor melodies punctuated by the odd frenetic fuzz-guitar solo.

The band really could play, and it shows especially the wailing guitar solo on the instrumental jam “Portland 69” or the truly marvellous change up mid way through “The Truth”. Tracks like “Mind Machine” can’t fail to bring a smile to your face, as unashamedly redolent of the late sixties as “Incense and Peppermints”.

Elsewhere “Colours” appears broodingly sinister with its militant drum beat and echo-laden vocals and Morton’s guitar rides the heavy drum break into the stratosphere on “Trying to Make the Best” which is reprised in an extended form for the album closer (this track was also bizarrely put out as a single titled “Not So Fine” by the band calling themselves The Touch).

From this sole offering, it is easy to see that The Hunger! had a terrific amount of promise and if fate hadn’t stood in their way, maybe they would have become a household name, as much respected and influential as their West Coast contemporaries.
by  Gerard Fannon 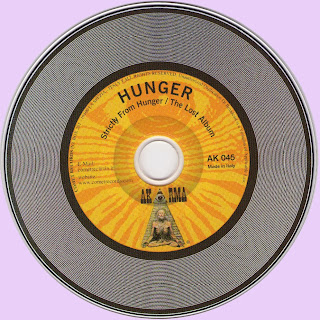