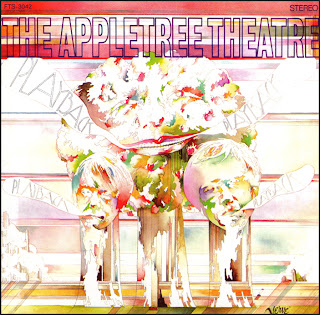 Playback was released in 1968 off the Verve label. Both John and Terrence Boylan were the brains behind this project that is divided into three acts. It’s an inventive pop album with great songs, strange sound effects, comedy bits and trippy dialogue in between some of the tracks. Fans of Friends era Beach Boys, Family Tree, the Smoke (Michael Lloyd’s band) and the Millennium will really love this record though it has more of a downbeat mood than the before mentioned sunshine pop classics.

Playback was released in two different album covers (both covers are great) and was supposedly one of John Lennon’s favorites from 1968. Some of the tracks, such as I Wonder If Louise Is Home suggest the boys may have indulged in too many psychedelic drugs, with its distorted megaphone vocals and soaring horns. The album opener, Hightower Square, and Nevertheless It Was Italy are strong hallucinary floaters that play it straight, with light psychedelic arrangements. There’s even a beautiful 52 second acoustic track with gorgeous strings and downer vocals called Saturday Morning.

The real meat of this jaded pop album lies within it’s best 3 tracks: Brother Speed, You’re The Biggest Thing In My Life, and the wonderful What A Way To Go. Brother Speed is a great blue-eyed soul drug number with stax-like horn arrangements, pounding drums, stoned vocals, and a loud guitar psych solo. It’s a good one for sure but You’re The Biggest Thing In My Life is superb as well with tons of guitar feedback within the confines of a creepy but pretty conventional pop song.

The album comes to a close with the outstanding What A Way To Go. This is one of the great introspective acid folk-rock songs that hits a downer psych nerve that few can equal. It’s a good one to play for square friends as the track has beautifully spaced out vocals and crazed, nonsensical lyrics. Highly recommended!
by Jason Nardelli 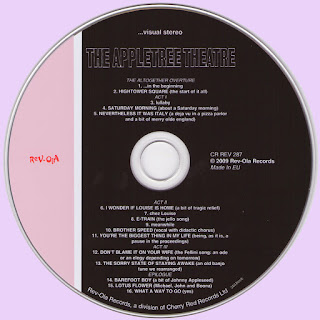