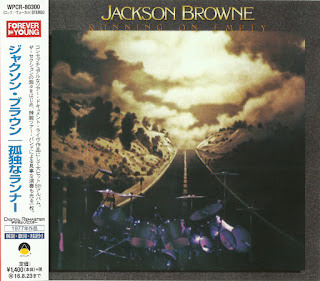 This was actually my first Jackson Browne's LP in my records collection, since the day of it's first release back in 1977, (I had some cassettes with his previous releases but not a vinyl record),  I was in my late teenage years, and I loved this album from the first spin, still do 40 years later, his magnificent voice, the melodies, music, lyrics, the all atmosphere, the  band, the arragements and the production, all these classify it as a masterpiece (in my humble opinion).
Happy new year to everybody.

Jackson Browne said:
“I thought making a live record would be something to do while I tried to come up with another LP of songs like The Pretender. That’s what happens when you get recognition. You go, ‘OK, great, let’s try to do something more like that.’ But that’s not what you were doing when you did it in the first place. You were just doing what you wanted to do next. And Running On Empty became my most successful record.

For the first time I was getting paid enough to take this band who’d been on my albums [Russ Kunkel, Lee Sklar, Craig Doerge and guitarist Danny Kortchmar] on tour. They were huge fans of David Lindley, and they’d been on recording dates with him, so they were the most accommodating of bands with what David and I already had going on. My favourite thing was recording in motel rooms… we actually sang in the shower. That album was about a shared common experience that we all had touring, that we all knew pretty well. Most of those ideas came from us touring with different people. Stagehands to this day come up and say, ‘”The Load-Out” is our anthem.’ 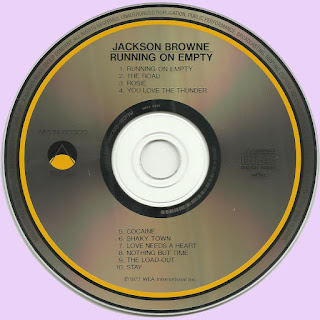 Free Text
the Free Text
Posted by Marios at 9:36 AM 5 comments: