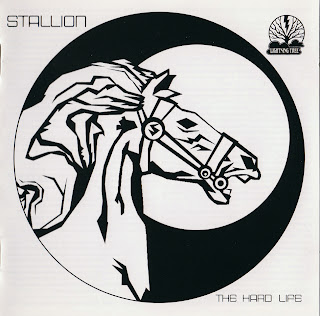 This is a complete previously unreleased album by a legendary British `70s UK progressive rock band Stallion who issued a now-rare single in 1975 and performed with some of the UK greats in the mid 1970s: Curved Air, T-Rex, Edgar Broughton, Stray, Stackridge, Gong, Rare Bird, Magic Muscle, Budgie, Traffic and Osibisa to name but a few.

Their sole album is a powerful mixture of classic early `70s progressive music and with renowned keyboardist Phil Thornton on board, Stallion played a remarkably tasty brand of song-based, erstwhile prog-influenced rock that was also tainted with the aggressive and charismatic energy of front man John Wilde. Typically `70s and mixing the musical textures of contemporaries such as Fantasy, Mainhorse, Stackridge & Armageddon, and with a vocalist somewhere between early Genesis and Wishbone Ash, this is a genuine missing piece of British progressive rock history.

The CD also features a detailed booklet with band history and photos and includes the band`s rare single.. Includes bonus CD-Rom of the band performing at the Reading Festival in 1976 along with rare photos of the band. Lightning Tree. Stallion were always the band who liked to break the rules and challenge the norm. Of the many obscure, trench-coated progressive rock groups that germinated in the garages, sheds and studios of England in the early `70s, Stallion are now recognised as one of the great lost bands of the first progressive era. 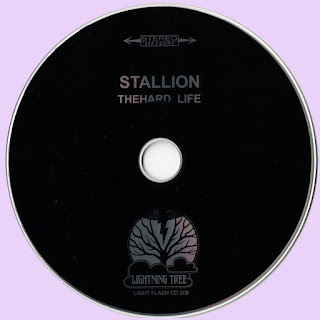