Joanne Vent - The Black And White Of It Is Blues (1969 us, fascinating soul blues funky rock, 2015 japan SHM remaster) 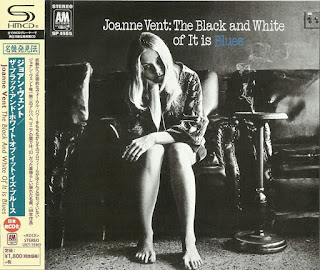 Produced by Larry Marks, 1969's "The Black and White of it is Blues" sounded like A&M was trying to position her as a Joplin-esque blues singer.  That wasn't necessary a bad thing.  Judging by tunes like 'Love Come Down' and '' Vent had the chops to easily rival Joplin, or any other roof her other blues diva rivals.  Add to that, judging by the promo photo I stumbled across, she was one attractive young lady ...   Interestingly, at least to my ears, Vent was even more impressive on soul numbers like 'Ninety Nine and a Half', 'Weak Spot', and 'It's a Man's World'.

With a bit of Etta James in her delivery, Vent sounded quite good on her cover of Billie Holiday's 'God Bless the Child'. "Bet No One Ever Hurt This Bad" is one of the better Newman covers with Vent using a range lower than normal. Vent turned in one of the exception on the Joplin-esque 'Love Come Down'.  The woman did have one amazing voice. The way she took on the refrain on" Ninety Nine and a Half" was simply mesmerizing.   One of the album's best performances. Vent's version of 'It's a Man's World' was quite good, showcasing what a powerful, but controlled singer she was.  Easily to imagine Joplin singing this with a shrill, out-of-control swagger.   Not Vent.  She was crisp, cool, and dazzling.

Her cover of 'Weak Spot' was quite a bit different than the rest of the album - dropping the blues-rock moves for a surprisingly accomplished soul sound.   Every time I hear this one I have to admit I'm surprised at what a good 'soul' voice the lady had. In spite of an appearance on the Johnny Carson Show, the album disappeared almost instantly, leaving Vent to return to sessions work. Joanne Vent sadly passed away in 1998.
Bad-cat 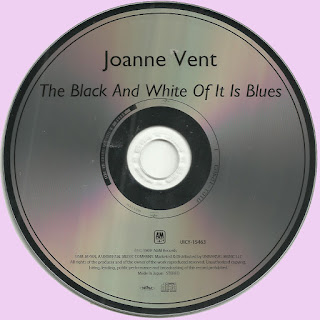 Free Text
the Free Text
Posted by Marios at 7:26 AM 7 comments: