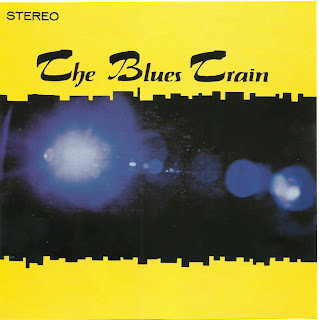 The Blues Train, like the Crazy People, are unknown artists that released some great sounds in the late 60's and early 70's. While little is known about them, we do know they were Canadian and recorded "The Blues Train" on the Burnaby, British Columbia-based Condor label in 1970.

Condor has gone down in history as a Canadian exploit label and they were indeed riding the crest of the different crazes that were going on during these times. Condor released quite a diversified line of music during the late 60's: everything ranging from the weirdness of The Crazy People to Latin Holiday to the very highly-rated Blues Train, The Surf Riders, and The Jimmy Cole Unlimited. As with The Crazy People, there are several rumors circulating as to actually who The Blues Train were.

The most plausible theory shared by both Clark Faville and myself is that one of its members was Johnny Kitchen, who has songwriting credits on both this LP and on other Condor release "The World With The Trio Of Tyme (#2459) and "The Crazy People (#2457). It is a known fact that he was in Canada at this time and obviously associated with the label. Kitchen ended up in Los Angeles in 1969, making records beginning with " The Victims Of Chance" on the Crestview label.

As arcane as this might seem to the casual reader, his name is synonymous with at least a dozen weird underground records released on various private labels in the U.S.A. and still nothing is known about them. To date, Johnny Kitchen has over 200 songs copyrighted through BMI We also know there is a connection with Johnny Kitchen to Wild Man Fischer. His 1969 LP "Life Brand New", has the chorus "My life is all brand new", which is the same voice and words appearing on "Parade At The Funny Farm" and "Let's Split" of The Crazy People LP.

However, other Blues Train song writing credits that never appeared on the original Condor release do not match any others from Crazy People. The inclusion of only one by Kitchen himself implies his involvement on Blues Train, unlike that of The Crazy People, may have been minimal.

Although all performers are uncredited, there has also been some speculation that a prominent Vancouver "personality" (and local TV. weatherman) was involved in putting together the "Rock" oriented exploit efforts on this label, and it is e likely that some of the musicians involved also appear o Blues Train, Jimmy Cole Unlimited, and other Condor e Jack Millman, who has songwriting and production credits on Crazy People, also is shown as involved with Condor release #2460 "And I Love Her": Jack Millman and The Tempo Orchestra. In addition, Jack Millman, along with Jean Daniel Productions, produced The Blues Train.
by Roger Maglio 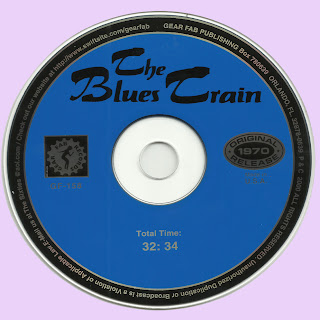 Just Paste
Posted by Marios at 7:43 AM 5 comments: