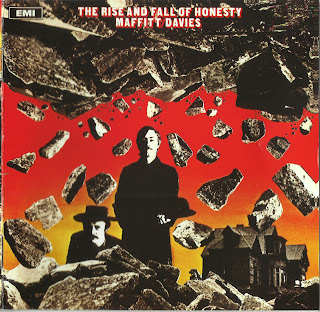 Maffitt/Davies was a short lived duo who released one album off Capitol in 1968. Judging by the cover you’d expect psychedelic fireworks but The Rise and Fall of Honesty is really an Ameriana folk-rock record. This is another good one that never saw release in the cd era. I found a vinyl copy in the Boston area for only $15 dollars though lately this lp has been somewhat hard to come by. While labelmate lps by the Common People and Food attract more attention I think that Maffitt/Davies was a much, much better group.

The record starts off with a brilliant version of Bob Dylan’s Just Like A Woman. Maffitt/Davies transform this standard into a heartbreaking orchestrated folk track that must surely rank as one of the best versions of this song. Forest Lawn, the album’s failed single, has a distinct Face to Face Kink’s sound though it’s notable for its dobro and freaky church organ. Tom Thumb’s Blues is the other Dylan cover on this record and shows the band taking a Byrds/Everly Brothers vocal harmony approach. The playing is topnotch throughout the record (check out instrumental Lungi Dal Caro Beni) and the duo’s vocal harmonies are tight if a bit unconventional. This is a quiet, tranquil record that never bores and reminds me of prime late 60?s Dillards on their folk-rock outings.

One of my favorite tracks on the album is Landscape Grown Cold. This is a visionary slice of American music that predates the alt. country/folk boom with dark lyrics, strings, phasing towards the end, and a vibe similar to Texas band Euphoria. More noteworthy tracks are Kingswood Manor which is a good folk-rock track that flirts with psychedelia by way of tabla (and drug references within the lyrics) while country-rocker City Sidewalks is very trancey and will appeal to any true Byrds fan. About 3 or 4 tracks on the album include drums though electric guitar fans should note with caution that most of this disc is acoustic.

The music is time worn, ancient and has that lived in feel but always inventive and never short on ideas. What ever happened to these musicians? Does anyone know? Anyway, if Americana or folk-rock is your bag, prepare yourself for a really good one.
by Jason (The Rising Storm) 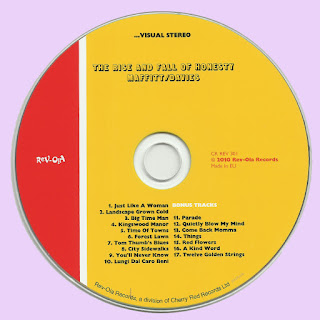