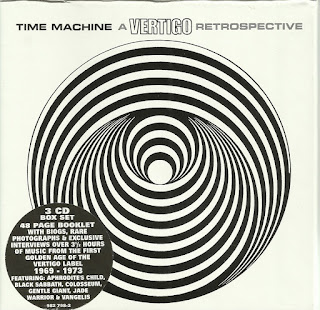 So spoke the leading counterculture magazine International Times in a feature on the birth of the new so called "progressive" labels established by the major record labels in 1969 with the intention of tapping in to the rapidly expanding market in "underground" rock music. With the sonic experimentation of The Beatles masterwork "Sergeant Pepper's Lonely Hearts Club Band" came a whole host of acts who wanted to expand their musical horizons by fusing different musical influences. The new "progressive" music was not designed for dancing; it was created with the specific intention of being seriously listened to and appealed to an audience of students, hippies and followers of all things "underground".

The new musical style took many sources of inspiration; jazz, blues, classical music, folk and rock, but it became clear that the commercial appetite of the progressive audience could prove lucrative to the major record companies. In reality, Decca records were first off the mark with the establishment of the Deram label in October 1966, which served as a vehicle in which to place acts that were deemed to have "selective" appeal. One of the earliest bands to create an impression on Deram were The Moody Blues, whose experiments with the Mellotron on the single "Nights in White Satin" and the album "Days of Future Passed" inspired a new generation of imitators, however, the label still lacked a clear direction.

Perhaps the first British label to establish a clear "underground" identity was Island Records, which had been formed by Chris Blackwell. Begun in 1962, Island had shifted from becoming a label solely dedicated to bringing Jamaican music to the new immigrant West Indian population in Britain to that of a champion of the emerging underground. Scoring early successes with bands such as Traffic, Island successfully appealed to the UK counterculture specifically because they were free of any major "corporate" label trappings.

With the emphasis now being placed on impressive album sleeve packaging and design, as much as good music, Island took the lead, leaving the major labels with the dilemma of how they should follow. A major problem faced by the major labels was the fact that leading lights of the underground music scene were sharing label imprints with conservative pop acts. In EMI's case artists such as Pink Floyd and The Pretty Things shared a home on Columbia records with Des O'Connor and Lulu. EMI successfully solved this by the formation of Harvest records label in June 1969. Launched in a blaze of publicity with releases by acts such as Michael Chapman and the Edgar Broughton Band, the imprint quickly established a credible reputation in contemporary rock circles. With EMI appearing to take the lead, A&R staff at Philips records quickly took notice. They too had similar issues with artists such as Colosseum, Jimmy Campbell, Mike Absalom and Black Sabbath sharing their Fontana label home with MOR singers such as Nana Mouskouri.

A&R head Olav Wyper found the solution by creating a new identity for existing esoteric acts within the Philips group of companies. The creation of Vertigo records was announced in the Autumn and immediately staff were engaged to seek out new talent that would give EMI. Decca and even Island records a run for their money. Vertigo quickly established a recognizable identity with the design of its distinctive "swirl" logo by Roger Dean that graced the entire label of the "A" side of each album. Album sleeves were almost all gatefold in design and were mostly the work of photographer and designer Marcus Keef (keen eyed observers may note the similarity of design of the sleeves of albums such as Colosseum's "Valentyne Suite", the eponymous debuts of Black Sabbath, Affinity and the cover of the 1970 sampler "The Vertigo Annual").

Vertigo scored chart success with its first two album releases, "Valentyne Suite" by Colosseum and Juicy Lucy's self titled debut. The label quickly expanded its roster of acts in its first six months of operation to include Black Sabbath, Rod Stewart, Uriah Heep, Gentle Giant, Manfred Mann's Chapter Three, Affinity, Gracious!, Nucleus, Cressida and many more. 1970 was a particularly good year for the label when albums by Rod Stewart and Black Sabbath became major sellers, allowing Vertigo the luxury of signing acts such as May Blitz, Dr. Z, Tudor Lodge, Ramases and others that failed to perform commercially (Dr. Z's "Three Parts to My Soul" allegedly selling less than 100 copies upon release). These Vertigo albums quickly acquired cult status and became highly desirable collectors' items within a few years of their initial release.

In 1970, Olav Wyper was approached by RCA Records London office, who were keen to follow on the heels of Philips, EMI and Decca by establishing their own "underground" imprint, Neon. Wyper accepted the invitation and left Vertigo to make Neon records a reality. The Neon label was to be a short lived affair, releasing only a handful of albums, but the identity of the records released on that label followed closely that of Vertigo, with the Neon logo comprising the entire "A" side label and the sleeves being designed and photographed by Marcus Keef.

By contrast Vertigo became more established, and went from strength to strength, but the free attitude of signing any act that boasted vague underground credentials that was present during the labels birth began to wane and with acts such as Status Quo signing to the label and the worldwide success of artists such as Black Sabbath, Vertigo began to take a more guarded approach to its signings. Obscure esoteric acts were quickly dropped in favour of acts more assured of commercial success and the distinctive "swirl" logo was replaced in 1973 by Roger Dean's "spaceship" design. To many, Vertigo began to lose its identity soon after, although the label continued to enjoy huge success with artists such as Thin Lizzy, Status Quo, Graham Parker and the Rumour and latterly Dire Straits. It still continues as an imprint to this day, long after rivals Deram and Harvest ceased to release new product.

This collection celebrates the vision of Olav Wyper and his A&R team during Vertigo's early years, (notably Patrick Campbell-Lyons of UK band Nirvana who produced many of the early Vertigo albums), and celebrates an age when musical creativity was the watch word. Although sometimes the resulting recordings were less than satisfactory, the musicians behind them were brave and hardy souls. Due to the vagaries of the rights reversion of some of the music released on the Vertigo label in its first three years of operation, it has not been possible to include some material by artists whose contributions were of equal merit to those artists featured here. Musicians such as Mike Absalom, Assagai, Graham Bond, Fairfield Parlour et al all deserve attention from aficionados of the "progressive" era. It is to them and the artists featured that this set is dedicated.
by Mark Powell 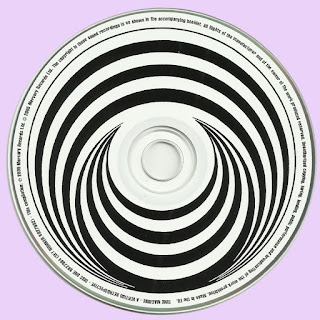 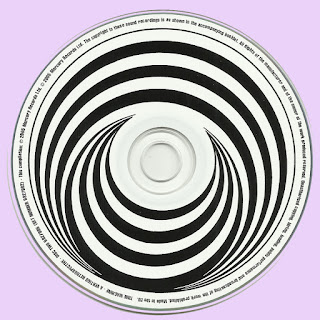 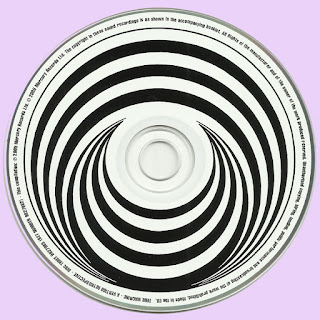 Free Text
Text Host
Posted by Marios at 5:43 AM 9 comments: