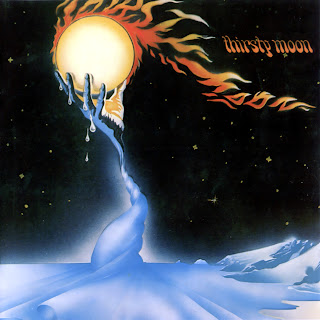 Thirsty Moon were one of the many German jazz-rock progressive groups in the early '70s that put their own unique spin to their fusion-based music, especially on their first two records, which are rightly considered classics in the Krautrock genre. Thirsty Moon was created in Bremen, in northern Germany, in the summer of 1971 when several groups merged. One of these was the Drogies Rock Project, more commonly known as DRP, fronted by two brothers, drummer Norbert Drogies and guitarist Jurgen Drogies.

They brought with them DRP organist Hans Wener Ranwig, and joined up with Harald Konietzko from the group Tomorrow Too, and Michael Kobs, Willi Pape, and Erwin Noack from the jazz-soul band the Shakespeares, to form the seven-piece Thirsty Moon. Inspired by the brass rock of Chicago, the early fusion of Emergency, and early, jazzy Krautrock like Xhol Caravan, Kollektiv, and Organisation, Thirsty Moon threw everything from horns to congas into their blend of jazz, progressive, and psychedelic music.

At the time, the Brain label was signing progressive rock bands with a jazzy edge, and in 1972 Brain released Thirsty Moon's self-titled debut, which showcased the band's eccentric song structures and highly original sound. Ranwig left the band sometime after the record came out, and was replaced by Siegfried Pisalla, Konietzko's former bandmate in Tomorrow Too, and in July of 1973 this group went into the studio to record their second LP. You'll Never Come Back, released by Brain later that year, was as creative and dynamic as the first record. By 1975, everyone except the Norbert and Jurgen Drogies had left the group.

Their third record, Blitz, released by Brain in 1976, was an all-instrumental album, a bit more lightweight and conventional than the earlier material. Coming out the next year, the LP Real Good Time, quite frankly, was not that much of a good time, as the brothers and a bunch of new recruits churned out conventional pop music. Thirsty Moon broke up at this point, but at the beginning of the '80s, after Brain released the compilation Yellow Sunshine with tracks taken from the first four albums, the brothers re-formed the group with original member Ranwig, as well Junior Weerasingle from the Real Good Time sessions on drums.

The album Starchaser, recorded and released by the Sky label in 1981, saw the group falling flat on their faces with a synthy disco record that had both fans and critics shaking their heads with dismay. Thirsty Moon called it quits again, this time for good. It was unfortunate that Thirsty Moon's quality diminished with each release after You'll Never Come Back, and that they never recaptured the energy and sheer over-the-top creativity exhibited on those first two records.
by Rolf Semprebon 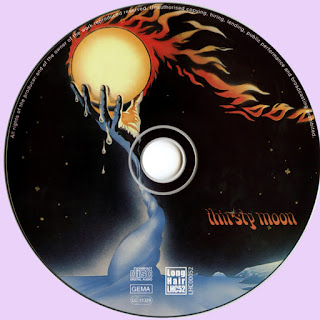