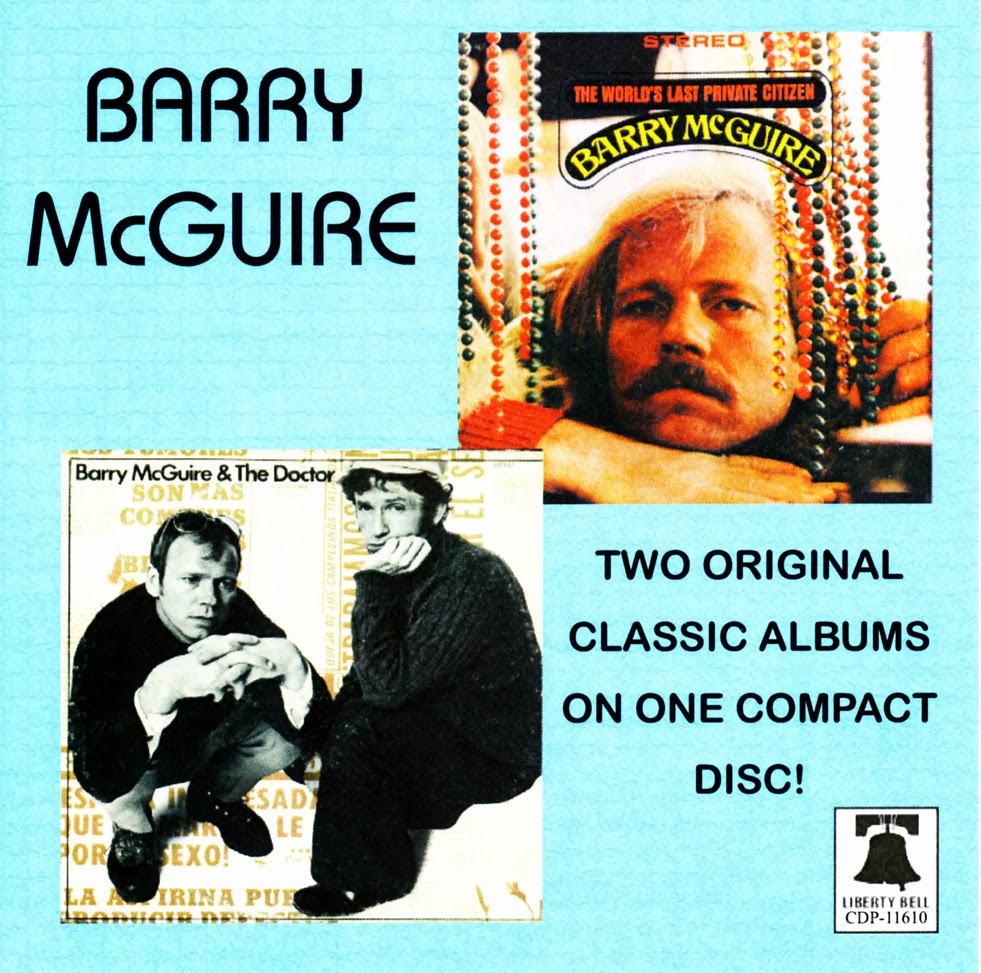 Along with Bob Dylan's emergence came countless other folk-based "protest singers" in the early to mid-'60s, including Barry McGuire. Born in Oklahoma City during 1937, McGuire had relocated to New York City and joined up with folk revivalists the New Christy Minstrels by the early '60s.

He was anointed the band's lead singer and appeared on several albums and their first hit single, "Green, Green" (which was co-penned by McGuire). Soon after, however, McGuire caught the attention of both record producer Lou Adler and singer/songwriter P.F. Sloan, resulting in the guitarist/singer leaving the New Christy Minstrels and launching a solo career, signing on with Adler's Dunhill Records.

McGuire's solo debut, The Barry McGuire Album, was released in 1963, but it wasn't until two years later that McGuire scored a massive hit with the Sloan-penned track "Eve of Destruction," which topped the U.S. charts (peaking at number three in the U.K.) and was taken from his sophomore full-length, Barry McGuire Featuring Eve of Destruction.

McGuire became good friends with another Adler-guided outfit, the Mamas & the Papas (who mentioned him in some of their song lyrics), while further solo albums were issued, including This Precious Time and The World's Last Private Citizen, but none spawned any singles as successful as "Eve."

By the early '70s, McGuire had turned his back on folk music and he re-appeared as a Christian/gospel artist, signing on with the Myrrh label and issuing such standout albums as 1973's Seeds, 1975's Lighten Up, and a live recording, 1982's To the Bride, among countless others.

McGuire put his music career on hold and moved to New Zealand in the mid-'80s with his wife, where they remained until 1990, working with the poverty organization World Vision.

Upon his return, McGuire began issuing albums once more, including such titles as El Dorado, Let's Tend God's Earth, Adventures on Son Mountain, and Journey to Bible Times, before teaming up with another gospel singer/guitarist, Terry Talbot, to form an outfit called Talbot McGuire.
by Greg Prato

"The World's Last Private Citizen" album is Barry's 1967 release, and his final on the Dunhill label. The album contains many good tracks. The production is no longer the potentially annoying voice on one channel, music on the other. The songs are from a variety of songwriters, from Barry and an ex-New Christy minstrel, to members of Paul Revere and the Raiders. Highlights include, "Top of the Hill," "Cloudy Summer Afternoon" and the ultra cool "Grasshopper Song." Included is a song from the movie The President's Analyst, "Inner Manipulations." Barry's career is slowing down here. There are a few repeats from earlier albums, such as "This Precious Time," and "Hang on Sloopy."

"Barry McGuire and the Doctor"  is Barry's final secular album, on the Ode label. For this album Barry teamed up with Eric Hord ("The Doctor"), as well as members of the Byrds (Chris Hillman, Michael Clarke), Flying Burrito Bros (Sneaky Pete Kleinow), Dillard and Clark (Byron Berline), and the Eagles (Bernie Leadon). The album has a very different feel to it than his earlier Dunhill material. The songs are longer and have a more bluegrass feel to them at times, which means they are quite good. This is perhaps his most critically acclaimed album he has ever made, although sales were weak. Highlights include "Too Much City" and "South of the Border" where drug references abound. Barry noted that he doesn't remember much about the album, except the mounds of cocaine he and others consumed while recording it. Barry would soon undergo a powerful change in his life.
Church-year 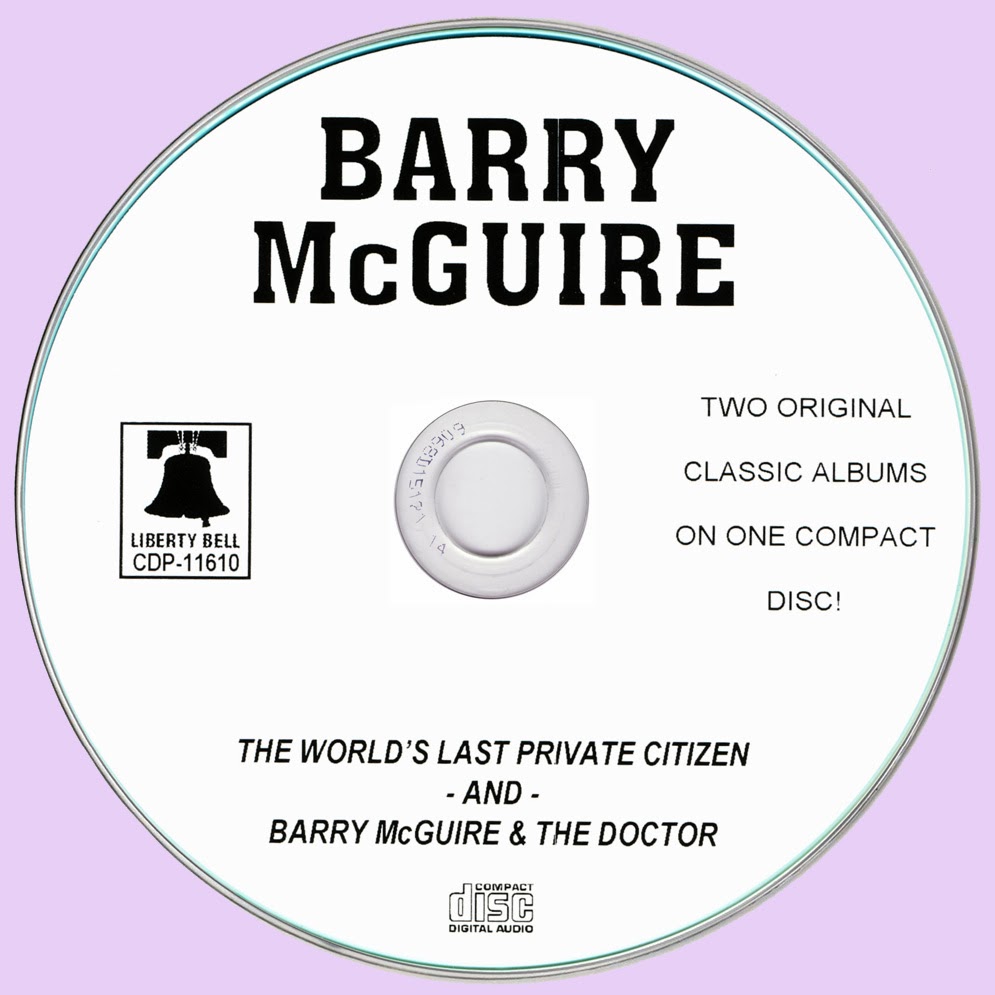