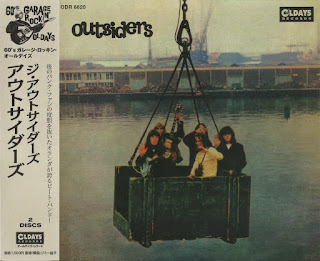 The Amsterdam-based combo were one of the most popular homegrown bands in the Netherlands from 1965 to 1967, and have since become a favorite among historians of the beat music era; Richie Unterberger wrote that The Outsiders "could issue a serious claim for consideration as the finest rock band of the '60s to hail from a non-English-speaking nation," and Richard Mason penned an essay on the group calling them "the most underrated band ever."
The Outsiders were formed in 1964 by Wally Tax (vocals and rhythm guitar), Ronald Splinter (lead guitar), Appie Rammers (bass), and Lendert "Buzz" Busch (drums); the band embraced an eclectic style that made room for R&B, folk-rock, pop, and beat influences, as well as psychedelic accents as the decade wore on. After earning a reputation as a powerful live act (and adding additional guitarist Tom Krabbendam), The Outsiders made their recoding debut in 1965 with "You Mistreat Me" b/w "Sun's Going Down," which was released by the Muziek Express label. Both songs were originals, and The Outsiders were unusual among beat groups of the era in that they never recorded cover tunes.
As the band's reputation as a striking live act grew (their show was frantic enough to get them banned from several major venues), The Outsiders found themselves opening for many leading U.K. beat groups touring the Netherlands, including the Pretty Things and the Rolling Stones, and after releasing a second single for Muziek Express, they signed a deal with Relax Records. After a handful of singles and an EP, they released their first full-length album in 1967, simply called The Outsiders, which featured one side of studio recordings and another taken from live performances. That same year, the single "Summer Is Here" b/w "Teach Me to Forget You" went Top Ten in the Netherlands, and a second album that compiled the group's single sides was issued. In 1968, Tom Krabbendam and Appie Rammers left the group; Frank Beek was recruited to play bass and keyboards, and the band opted not to replace Krabbendam.
The same year, Relax Records was absorbed by Polydor, who released the third Outsiders album, CQ. Named for an amateur radio term meaning "Is anyone listening?," CQ was an ambitious set that combined the band's beat music influences with outré psychedelia and avant-garde sounds that were far ahead of the curve for the era. However, Polydor failed to promote the album properly -- the initial pressing was reportedly a mere 500 copies -- and The Outsiders disbanded in 1969. Ronnie Splinter dropped out of the music business, while Wally Tax and Lendert Busch started a new band, Tax Free. The Outsiders staged a successful reunion tour in 1997, but the group's story came to a permanent close with the death of Wally Tax in 2005.
by Mark Deming 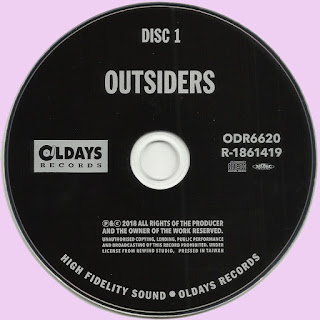 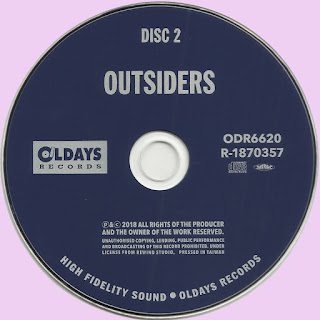 Free Text
Text Host
Posted by Marios at 4:57 AM 1 comment: