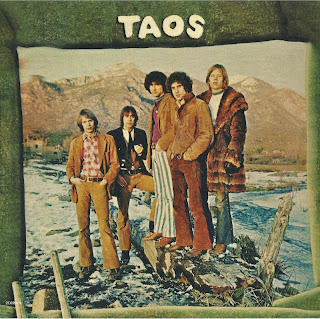 Here’s an unusual jewel, released on Mercury Records in 1971. The band Taos was actually a quintet pieced together by a group of young men who had moved to the legendary Taos commune in the early 1970s, namely: Jeff Baker on guitar and vocals, Steve Oppenheim on keyboards and vocals, Albie Ciappa on drums, Burt Levine on guitar and banjo, and Kit Bedford on bass, with the occasional intermixing of instruments going on in between cuts. If the band’s commune connection leads you into expecting some sort of stoned, improvisational musical meanderings, however, you’re in for a surprise: their sole, self-titled record is pop music all the way.

Indeed, the band itself is surprisingly together, tempering mildly eccentric diversions into psychedelia and country music with a solid foundation in 1960s rock and roll. If there’s one band to which Taos owes its biggest debt, I’d say it would have to be The Beatles. Kit Bedford’s warm, melodic bass work channels Paul McCartney all the way, while the group’s vocal harmonies show a tendency to lean more towards the ragged schoolboy charm of the Four than the choirboy constructions of American groups such as the Byrds, or the Mamas and Papas. This influence is not to say that Taos lacks an identity of its own, however. On the contrary, they manage to take this influence in surprising directions, whether it’s the lonesome cosmic cowboy pastiche “After So Long” or the phased psychedelic boogie of “Twenty Thousand Miles In the Air Again”.

Despite the general cohesiveness of the album, however, there are the occasional faults, such as the unnecessary, repeating theme “The Day Begins,” which should have simply been turned into a full-fledged song rather than left as fragmentary interruptions in the tracklist. Every now and again the musicians also reveal a slight weakness in the vocal department, as the slightly squirrely lead on “Morning Sun” illustrates. Lastly, the song lyrics aren’t really worth shedding too much ink over – there’s certainly no metaphysical contemplation or social commentary going on here, whatever other Sixties sensibilities the record may boast.

These latter complaints border on quibbling, though, because the music here is almost too much fun to criticize. Again, this is pop music, and should be enjoyed for what it is. I think that Taos is certainly consistent enough that, if you’re digging the tracks below, you’re gonna like what you hear the rest of the way through.
by Nik (The Rising Storm) 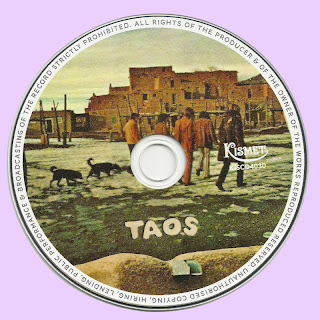 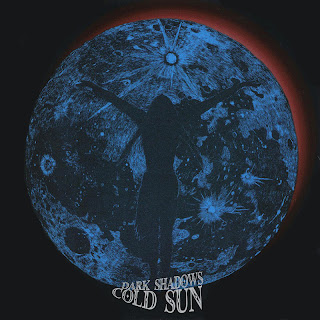 Cold Sun from Austin, Texas was recorded in 1970 in the legendary Sonobeat studios, where the Mariani and Johnny Winter first LPs were produced. The Cold Sun band are considered contemporaries of Velvet Underground and The Fugs, often listed as being in a similar vein but inspirations for this unique piece actually go back to the desperated, haunted Joe Meek.

All songs lyrically express dark, mystic poetry with the true 60s psychedelic floating/distorted fuzz spirit presented in short compact mini-epics along with several mind blowing long tunes, such as "Ra-Ma" (11 min), "Here In The Year" (9 min) and "Fall" (7 min). Discovered by Rockadelic Records of Dallas, Texas in 1991, the Dark Shadows album saw the light of day the next year as a limited LP version, to become today one of the most important and revered US psychedelic underground albums from the early 70s.

(Rockadelic heard it in the form of an old scratchy acetate that one of the Cold Sun band members had made in order to be able to play the recording at friends` parties on their turntables. The acetate only contained 2/3 of the songs but so greatly impressed them that Rockadelic managed together with bandleader Bill Miller to release the complete sessions from mastertape.)--- Autoharp wizard Miller eventually spearheaded Roky Erickson`s international debut as the Cold Sun band joined forces with Roky in 1974 and became BliebAlien, later evolved into The Aliens and backed Roky on his famous albums and historical concerts.

Carefully remastered from the mastertapes, this album will bring new rewarding listening experiences in expanded fidelity, plus 2 unreleased non-album songs, authentic Live/Concert recordings of "Live Again"(10 min) and "Mind Aura"(7 min). The fidelity of these reel to reel Live recordings is also remarkable. The CD and Vinyl issues will both have an extended booklet with liner notes by Jello Biafra plus rare photos and other surprises. The Vinyl issue is packaged in a luxury foldout cardboard cover as Dragonwyck, Phantasia or Mystic Siva and contains an extra 10" bonus record.

According to Patrick (The Lama) Lundborg from Lysergia.com: "Best Rockadelic LP ever, and in my opinion the best Texas LP of the era. In his book, "The Acid Archives" Mr. Lundborg wrote, "A wet dream for fans of American psychedelia, and imagine how close it came to remaining unreleased. A carefully crafted trip through sun-baked Texas desert peyote landscapes, so real that you can actually feel the blazing heat." Listed in the Top 10 in "Acid Archives" the "Dark Shadows" LP by Cold Sun also elicits this review : "The top tracks like "South Texas" and "Ra-Ma" reach into intense desert hallucinatory states that are almost too good to be true." ----  Enjoy this ONE- HOUR psychedelic Happening, a "must-have" 60/s/70/s heavy uber-psych masterpiece !
World In Sound 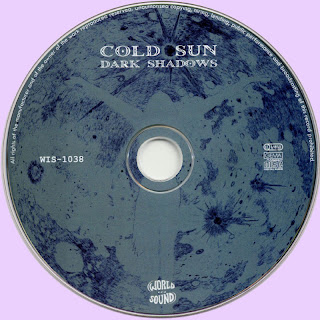