Mason - Starting As We Mean To Go On (1973 uk, wondrous harmonies in a folk soft rock marquetry) 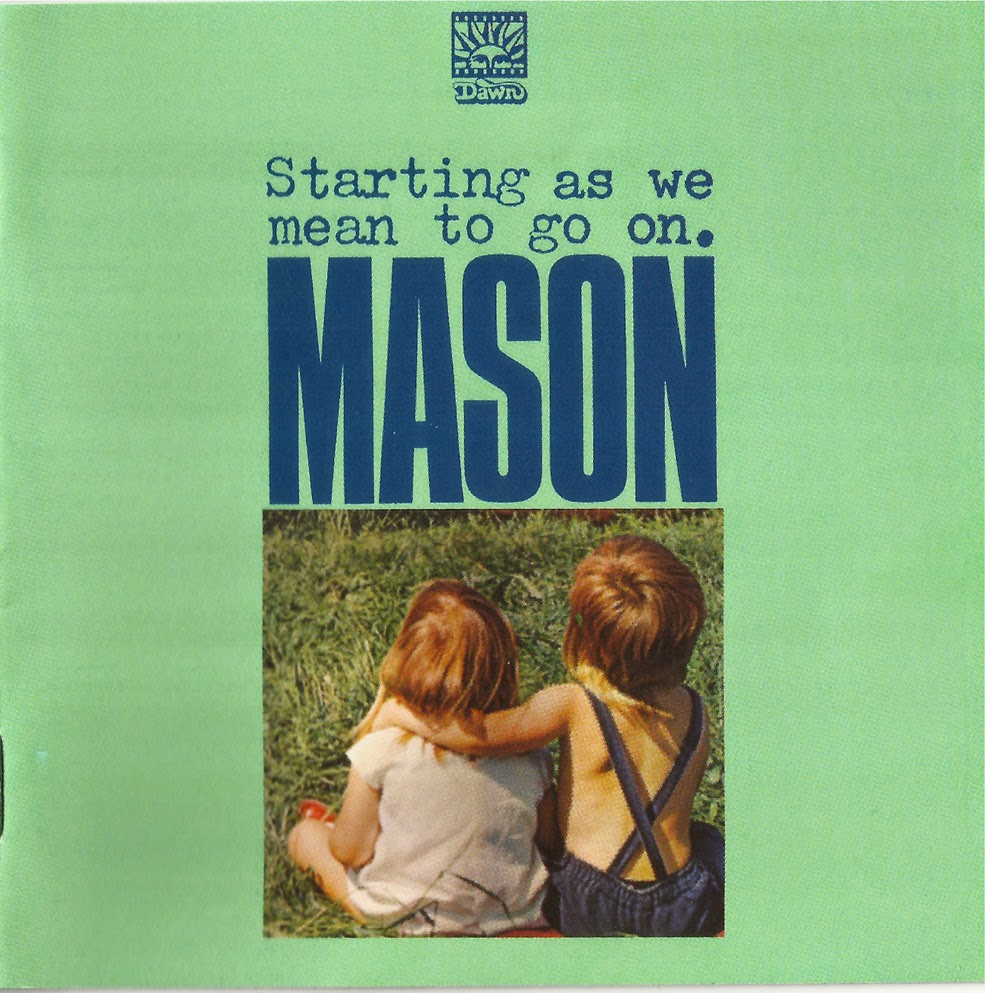 The title of the lone album by Mason is rather ironic when considering the band's fate; not only did they fail to "go on," their album wasn't even released until 37 years after the fact. In retrospect, it's hard to believe that a soft pop/folk-rock gem like this could languish in limbo for so long, but one has to consider the back-story. After the breakup of ‘60s U.K. pop stars Dave Dee, Dozy, Beaky, Mick and Tich, Dave Dee briefly worked with singer/songwriter Peter Mason, whose biggest claim to fame at the time was the fact that he almost replaced Robin Gibb in the Bee Gees. Dee's solo efforts came to little, but Mason eventually hooked up with Beaky (John Dymond) and Tich (Ian Amey) to make Crosby, Stills & Nash-inspired harmony-laden folk-pop.

They signed to Pye's prog rock-oriented imprint Dawn under the name Mason, but after releasing a couple of unsuccessful singles, the label lost interest and declined to release the 1973 album. Decades later, Mason's album sessions were discovered moldering in the archives, and finally given an official release in 2010. While it seems unlikely that the easygoing acoustic sounds of Starting as We Mean to Go On would have made a big impact in glam-era England, it's entirely reasonable to assume that any one of the lambent soft rock delicacies contained herein could have connected with the U.S. charts, which were full of similarly minded artists at the time.

While the band's CSN influence can be clearly heard on "It Was Me Who Left Her," which is a close cousin to the American trio's "Helplessly Hoping," Mason undeniably establish their own identity over the course of the album. For all the American rural rock touches (including the overt country-rock of the fiddle-driven "My Country Home"), there's an unmistakable Englishness to the melodic sensibilities here, one that connects Mason as much to the likes of John Pantry and the Bee Gees as to CSN, Bread, et al.
by James Allen 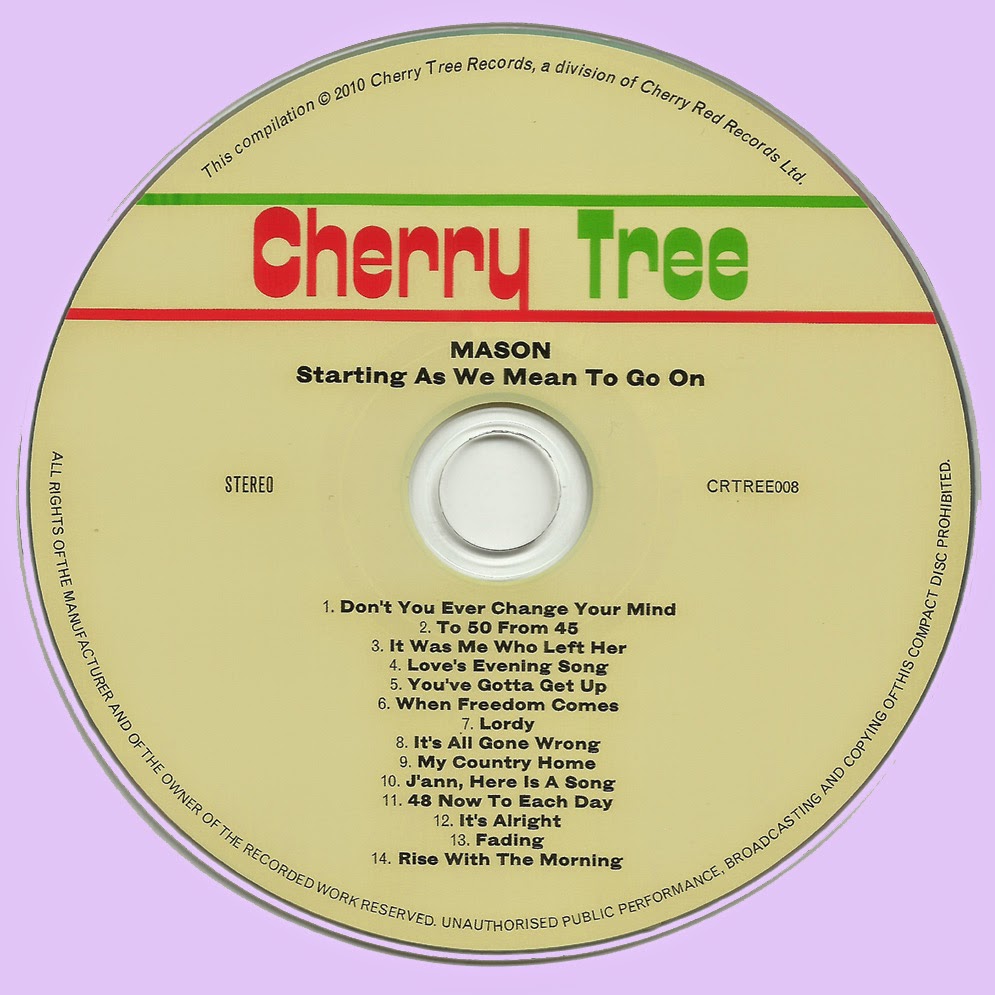 Free Text
the Free Text
Posted by Marios at 9:42 AM 10 comments: