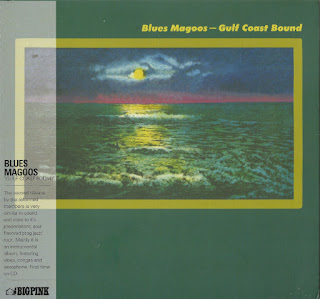 As original member Peppy Thielhelm and original producer Bob Wyld expanded the Blues Magoos' foray into Latin music meets mainstream blues, these May 1970 recordings take the previous years' Never Going Back a step further. Gulf Coast Bound is an improvement, retaining John Liello's vibes and percussion and pianist Eric Justin Kas, who is the major songwriting contributor here (strangely enough, he is listed as "Kas" on the album jacket and "Kaz" on the songwriting credits). "Slow Down Sundown" could be the band Chicago vamping without their horn section, some strange imitation monkey-sound vocals making their way onto the platter mixed in with Daddy Ya Ya's out-of-place tambourine as the song fades.
Erik Kas does the lead vocal on the 12-minute-plus opus "Can't Get Enough of You," which sounds like a strange marriage between Steely Dan and Traffic. The problem here is that the band is a notch or two below Traffic and Steely Dan, and despite the general improvement over the last disc and their initial dip into this musical bag, there is no Walter Becker or Dave Mason or Steve Winwood here, or, for that matter, a song as strong as Malo's "Suavecito" or Steely Dan's "Do It Again," which resembles "Can't Get Enough of You." To be fair to this new Blues Magoos, they came two full years before Malo and Fagen/Becker would all hit in 1972, so this album can be viewed as pioneering work.
It's too bad ABC records didn't keep releasing this musical journey. Liello's vibes add a marvelous touch, and if they were given a few more chances, maybe they could have found another hit single. The seven-minute 54-second instrumental "Magoos Blues" is lightweight John Barleycorn Must Die-era Traffic, and the new rhythm section of drummer Jim Payne and bassist Cooker Lopresti is nondescript enough to not get in the way. Of the pyschedelic/garage rock bands which changed over to another format -- the Electric Prunes, H.P. Lovecraft, etc. -- in what seemed like gambles to become "respectable," this is the best of the lot. Eric Kaz takes "Tonight the Sky's About to Cry" and it, like the rest of this album, would make for good FM radio filler in the middle of the night. "Sea Breeze Express" follows suit, competent and pleasant music, but nothing outstanding, and, unfortunately, nothing as breathtaking as the Electric Prunes' "Get Me to the World on Time" or the Blues Magoos' own "We Ain't Got Nothing Yet," and that is the bottom line.
by Joe Viglione 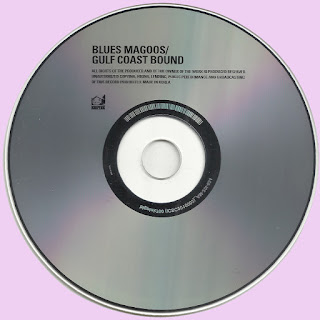