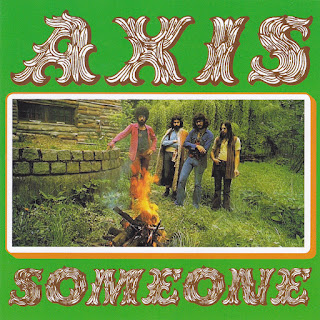 "Someone" was an album from Axis, a band with Greek musicians who based in Paris. They played archetypical heavy progressive rock with great organ and electric guitars, with couple of tracks were even in line with the british mellotron-rock.
Axis disbanded in 1974, after the release of their third album. Like their more illustrious compatriots (Aphrodite's Child) they succeeded in breaking into the hit lists, with a Greek traditional called Ela Ela. Axis was also the backing band for the early recotdings by Demis Roussos, after the Aphrodite's Child split.
The last two songs are propably the best on the album, with prog experimentalism that included multi instrumental jams,  Keyboard heavy with quirky sounds.  One of the listenable obscurities this is worth the spin. Cool album cover. 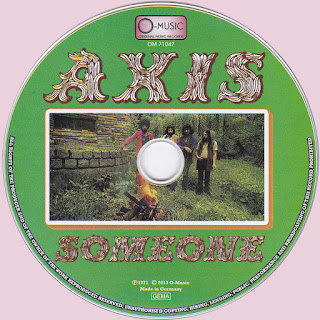