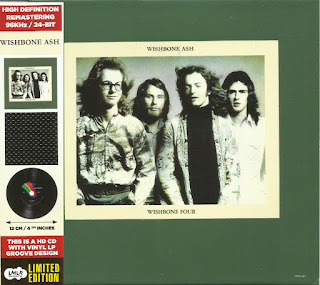 Martin Turner's memories:
"1973 began with us retreating to a cottage on the island of Anglesey, North Wales, to put together music for our fourth album. Writing in the countryside was pretty much the done thing at the time – bands such as Traffic, Led Zeppelin and Deep Purple had prepared for albums in similar settings. We rented a holiday cottage and because we went there out of season we got it fairly cheap. The weather was brutal, but getting away from our normal everyday routines allowed us to devote twenty four hours a day to our music without any distractions. As usual I came to the project with various ideas for melodies and lyrics. I was the one guy in the band who was fascinated by the process of recording and all the paraphernalia involved and by this time I was beginning to amass my own recording equipment so that I could record sketches of songs at home. Typically these would contain just acoustic guitar, vocals, and bass. Sometimes I would have a few guitar licks already mapped out. This was great for presenting my songs to the band and giving them a snapshot of what I was aiming for. Of course, once we got into rehearsals and worked on the songs as a full band, then everyone would contribute to the arrangements and it would become a group effort.

We decided to produce the album ourselves, with Keith Harwood engineering. We spent the months of February/March 1973 recording the album at Olympic, with some additional work at Apple Studios. I think we felt we’d learned enough to be able to produce ourselves. In retrospect that was maybe a bit naive and I was really disappointed at how the album eventually turned out, mainly because something went seriously wrong at the mastering stage. When we were recording it in the studio it sounded really good, but all the balls and hi-fidelity got lost during the mastering, making it sound very mid-rangey.

Upon its release, Wishbone Four was well and truly slated by the music press, and to a certain degree, an element of our fanbase. I think that was mainly for two reasons. Firstly, it was not what people were expecting to hear after Argus. They wanted more of the same and we were quite stubborn in not wanting to do that. We wanted to move in another direction – a more straight forward, mainstream rock approach. Secondly, for the album to have had any chance of acceptance, it needed to have sounded better. I would like to think that the fact that the material went off on a tangent would have been more accepted had the album sounded right. However, I will stand by the quality of the songs, many of which have, with the passing of time, become fan favourites and have found their way back into live shows in recent times."
adapted from the book "No Easy Road - My Life and Times With Wishbone Ash" 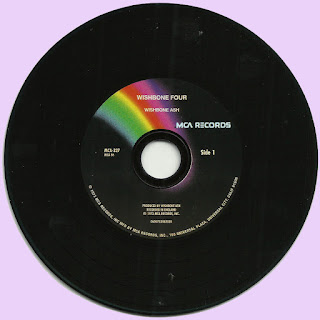 Free Text
Text Host
Posted by Marios at 9:27 AM 4 comments: