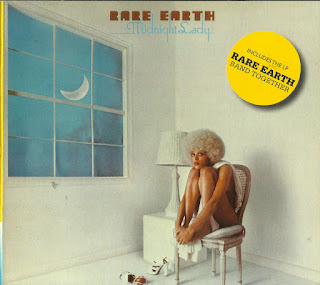 In 1974, original drummer/vocalist Peter Hoorlebeke (Rivera) left Rare Earth to record with his new group H.U.B.  Gil Bridges and the remainder of the band used session musicians to record two more albums, “Back To Earth” and “Midnight Lady” , before the Rare Earth label was closed down in 1977.

Follow up to "Back to Earth" and featuring Jerry La Croix on vocals, this is actually a pleasant listen. With Norman Whitfield back in the Producer's seat he's used his own songs rather than the band's.The only non-Whitfield song, "Its A Natural" penned by La Croix, which opens the album, is a commendable effort.

In 1978 Rare Earth (with the 1972 line-up) was back in the studio to record “Band Together”.  The first single was “Warm Ride”.  The song had been written by the Bee Gees who were the hottest act in the world following the success of Saturday Night Fever and its mega-hit soundtrack.  “Warm Ride” was Rare Earth’s first Top 40 single in six years and would be their final hit. 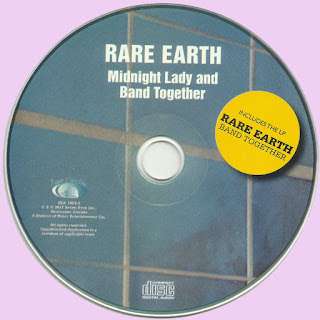 Free Text
Text Host
Posted by Marios at 12:00 AM 9 comments: