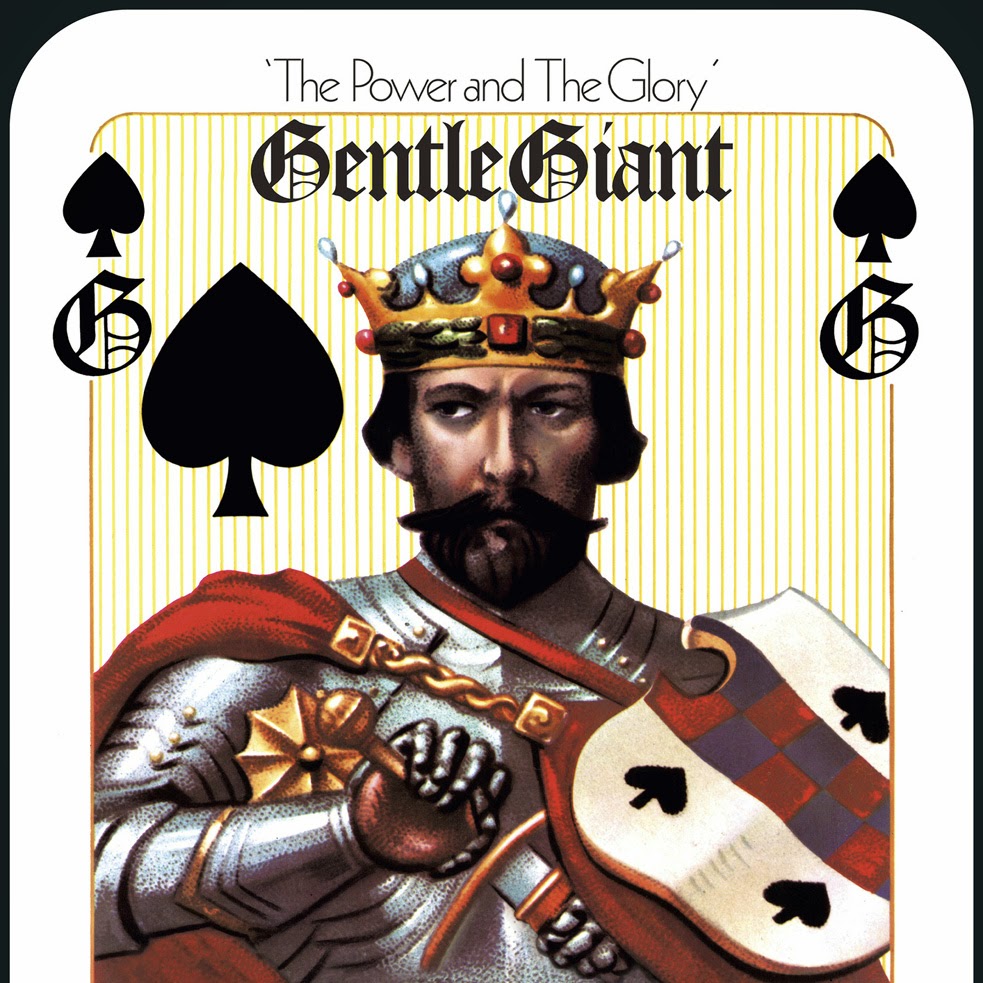 This British band is just the cup of tea for aficianados who demand virtuosity, progress and originality in their music. Gentle Giant's work is not easy listening or immediately enjoyable [what really fine music is?] Like many ambitious concept albums, The Power and the Glory takes some getting used to. The unifying themes are power, corruption and the human ramifications. Politics are of course implicit but not dealt with exclusively.

The conception of The Power and the Glory occurred during the making of Octopus [Columbia], GG's previous US release. That album is a masterpiece of juxtaposed idioms and striking freshness. Three brothers were in the group at that time--Ray, Derrick and Philip Schulman--the last of whom has since departed to pursue a teaching career. It was largely his influence that accounted for the literary historical base for much of Octopus' material, with songs inspired by Camus, Laing, Rabelais. Grad student rock.

The Power and the Glory is less esoteric and less diverse in scope as well. That minor complaint is my only one. Serious, complicated, and strangely beautiful, the album is a compelling exploration of power's use and illusory appeal.

I spoke to Ray and Derek at a meet-your-record-company bash the night before their appearance at last month's Traffic concert. About the album: they wished to stress that Watergate and current British political scenes were in no way motivations for The Power and the Glory: relevance is coincidental. Also, they intend that the songs be taken individually, appropriate in their own sense, if you do not consider them in their thematic unity. The cynical "Aspirations" for instance is contextually a song from the people begging their leaders for guidance, advice; out of context, it is a love song.

Instead of using a dramatic format, eight broad categories were decided upon for inclusion [one for each track]-- necessary as Ray noted, because a thorough exploration of the topic would require about 10 albums. The "message" if any comes at the end of the record when the cycle of dreams, promises, corruption, and power begins to repeat itself.

The brothers informed that "Proclamation", the opening cut, is a political speech. It is also meaningless doubletalk "rubbish". Still, afterwards and again at the record's close, the people cheer desperate "Hails!"

The brothers avoid commenting on their own political, individual commitments, wishing their music to remain wide open for interpretation. Derek sees their roles as humanistic chroniclers of the times rather than as advocates of a specific point of view. 'Existential' would probably come closest to characterize their outlook: they noted that this philosophy is an ideal, impractical intellectual one, necessary to consider but impossible to live.

GG has never been too interested in drugs either. Music is their way of life. Keyboardist-composer Kerry Minnear received the NIM degree in composition from the Royal Academy of Music--the first awarded in ten years. Ray has been studying classical violin for 14 years. Percussionist John Waters, from Wales, has played with Graham Bond and the Grease Band.

The material is written by the Schulman brothers and Minnear. a heuristic at heart, I tried to get the group to name influences, personal favorites. Though hesitant, they begrudged a few names: Stravinsky, Zappa, Steely Dan, Corea and Hancock, Norman Mailer. David Bowie? "Pleasant music, that's all", quipped Derek.

The music of GG is as important, intelligent and original as any being made today. Next project: a live album, guaranteed to blow heads---unfortunately an experience only hinted at by GG's recent encounter with David's shoddy-sound-system slingshot in the Colisseum. Too bad the Ebbetts Field rumors never materialized.
by GE, CAKE EATERS MAGAZINE 1974? BOULDER-DENVER

The Power And The Glory is a gem amongst gems, mixing Gentle Giant's restless energy and invention, with beautiful melodies and potent (complex) Rock riffage. This edition features 2014 stereo and 5.1 mixes by Steven Wilson, a flat transfer of the original mix, plus instrumental mixes and two bonus tracks. 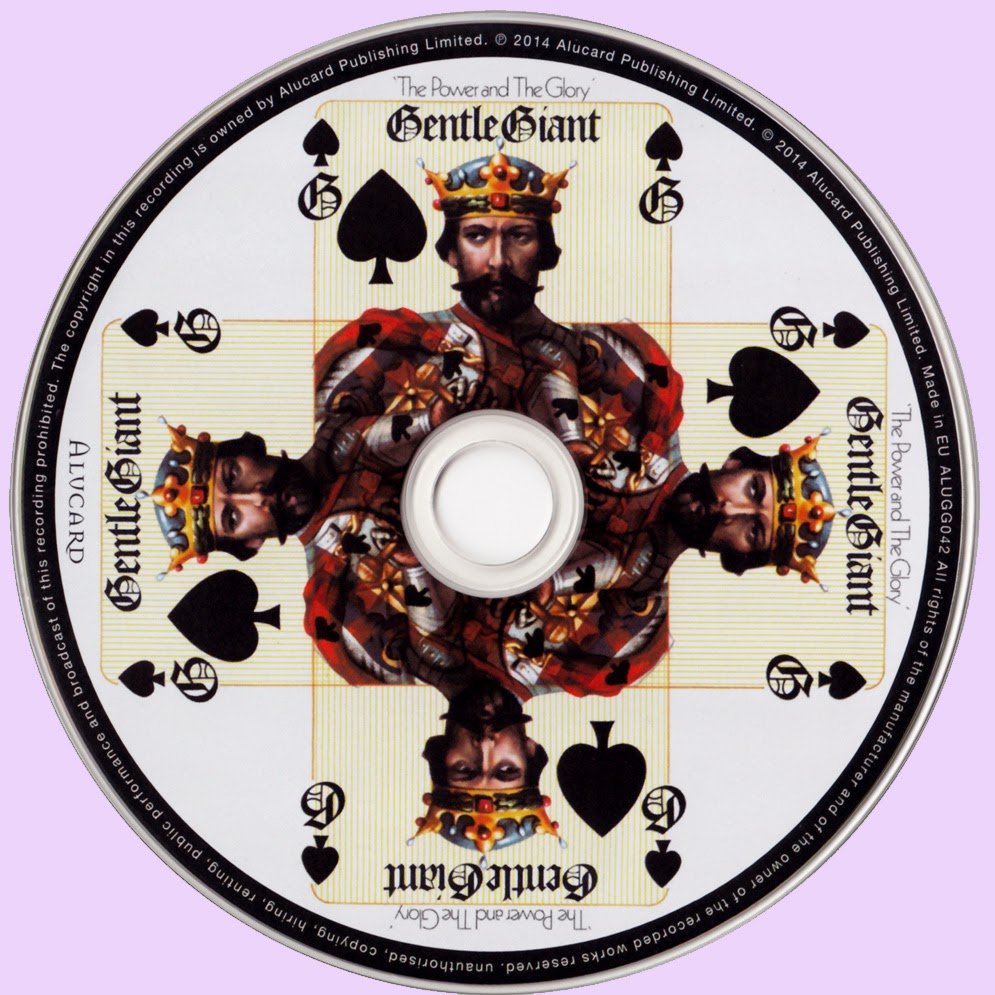 Free Text
Just Paste
Posted by Marios at 11:20 AM 8 comments: