Rod St.James - Has Anybody Seen The Superstar (1972 us, wailing fuzz psych, with funky soul and folk rock shades) 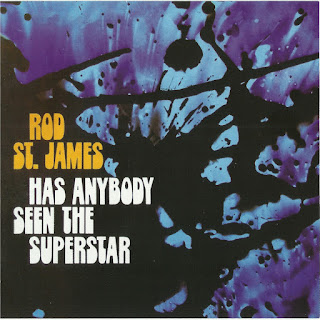 We don't do it very often, but there are a couple of labels that attract our attention regardless of whether or not we know anything about the act.  One of those labels is the Louisiana-based Paula Records.  Home to the likes of Fontana Bass, John Fred and Little Tommy Taylor, Paula also released a host of interesting material by unknown acts such as The Montclairs, Joy Thunderfoot and this 1972 set by Rod St. John.

We know nothing about this guy and the liner notes to 197'2's "Has Anyone Seen the Superstar" don't provide any real information.   That said, his seems to be kind of a one man show with St, James writing the material, as well as handling arrangements.  Propelled by a blazing electric guitar, the rocking title track starts the album out with a bang and seldom lets up.  So how to describe this LP?

Well to our ears St, James comes off as a cross between a harder rocking John Fred and the Playboy Band with a dash of Tony Joe White Cajun flavor added to the mix.  Elsewhere, " Three Quarters of An Hour" sounds like something that would have fit Jose Feliciano had he been able to get funky.  To be honest, the only real disappointments are St. James' isolated stabs at ballads.

While pretty, "Let it Shine" and Dylan-ish "Wandering Minstrel" just don't cut it.  The album certainly won't change your life, but it's one of those unexpected little pleasant surprises collectors occasional come across.  Very nice and worth the price of admission.
by Bad-Cat 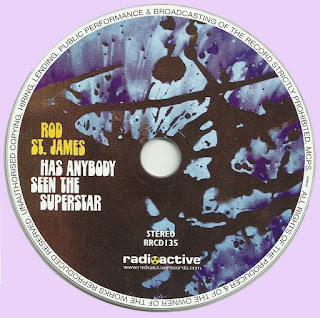