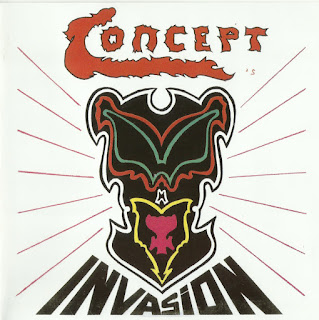 The Humanist Advent "Concept" brought up from its very beginning by Peter Riden to those days, surges with the released album titled "Concept's invasion".

Peter Riden, leading force of the Humanist Advent and mastering the process of recording the new L.P., is, besides his significant singing, heard on guitars and responsible for: "Concept's invasion", an open declaration of the up coming destiny of "Concept".

Then "Condensed Energy" stunts in its direct lyrical means. And the whole strength of the Humanist Advent Concept is transcribed through the play of the four members with "World of Conviction", on Riden'Star Music.

It has to be underlined at first that although almost every single informator avoided intentionally Peter Riden, some others attempting any discredit on his "Unlimited goals", few at least remained faithfull and honest to his "Concept" and who better than his very friends along with since over six full years.

They are:
Pier Heiken, whose determination brought him up as one of the finest drummers you can find, so suitable for the group and add him some capabilities on keyboards and soft singing. Then comes Robert C. Schwelb, the keyboard specialist added to his very personal way to sing and a strong contribution on the album with pieces as: "Light to live, Love to give" and his significative "Conquest" as to remind up his publisher label "Conquest Music" related to BMI and PRO copyright.

Also is Marc Ulus playing some strings as bass, guitar, and windwood, meaning flute, sax. His fully six years with Concept, although he is the last acquirance amongst the group, are reflected through the combination of the introductive piece of the album: "What's good, What's bad" and the so called: "Oh! I would like" on the flip side. "Angelyric Music" is his very personal publishing named acquisition and seems to suit him well. So is his singing.

The album completely produced by Concept on their own label "Reveal", is the result of a long and precise work, and it brings a complete new dimension to what used to be music for specific groups, and Concept addresses itself to the whole of human being and beyond.
CD Liner-Notes 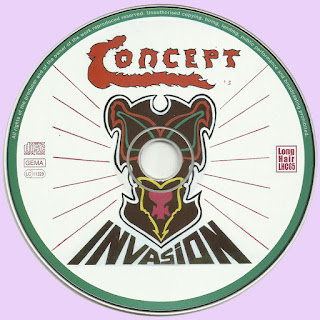 Free Text
the Free Text
Posted by Marios at 7:30 AM 4 comments: