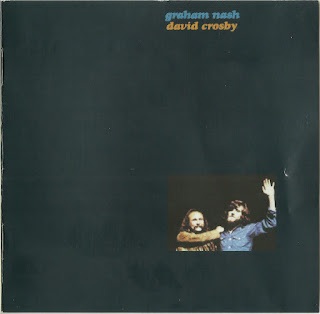 This self-titled release is one of -- if not arguably the -- most impressive side project to arise from CSN. Taken beyond face value, Graham Nash/David Crosby is a direct reflection, if not an extension, of the musical and personal relationship between its co-creators. Likewise, the results remain true, enhancing rather than detracting from the very individualistic styles of Crosby and Nash. The best elements of each are readily available here, punctuated at every turn by their complicated vocal arrangements and air-lock harmonies.

In the wake of the enormous successes garnered by the albums Crosby Stills & Nash, Déjà Vu, and Four Way Street, the principal members were essentially given carte blanche studio access to pursue solo projects as well. This release is the first in what would turn out to be a series of collaborative efforts between Crosby and Nash. Musically it continues in much the same vein as their respective debut solo releases, If I Could Only Remember My Name and Songs for Beginners. Nash's contributions include "Girl to Be on My Mind," "Stranger's Room," and "Southbound Train" -- a twangy piece of Americana featuring a high and lonesome steel guitar solo from Jerry Garcia that likewise hearkens to the Grateful Dead's American Beauty, Elton John's Tumbleweed Connection, or the Band's Music From Big Pink. These tracks co-exist in stark contrast to Crosby's more cerebral and incisive contributions, such as "Whole Cloth," "Games," and "The Wall Song." The latter features some outstanding instrumental support from the Grateful Dead's Jerry Garcia (guitar), Phil Lesh (bass), and Billy Kreutzman (drums).

The core band revolves around another set of all-stars: Russell Kunkel (drums), Leland Skylar (bass), Craig Doerge (keyboards), and Danny "Kootch" Kortchmar (guitar). This same band would more or less continue to back up Crosby and Nash's duo efforts throughout the remainder of the '70s. Graham Nash/David Crosby offers much of the same unique songwriting and personal style which informed their better contributions not only to the CSN-related efforts, but as far back as their offerings with the Hollies and the Byrds. Interested enthusiasts are also urged to locate Another Stoney Evening -- a live acoustic release from October 10, 1971 -- which includes seminal live versions of "Southbound Train," "Where Will I Be," "Immigration Man," and "Stranger's Room."
by Lindsay Planer 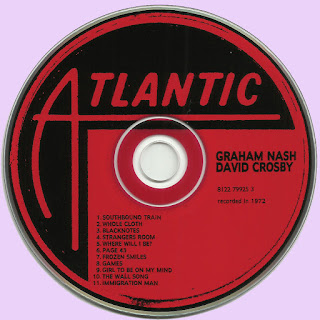 Free Text
Just Paste
Posted by Marios at 10:19 AM No comments: