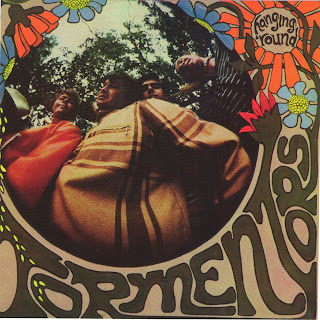 The Tormentors were another great yet undiscovered band from the 1960's. All we know is that they were based out of the Los Angeles area and had several singles out on the Royal and Kenwood labels. Of those 45s, the track "Motate" was the only one not included on this LP.

Fantastic garage psyche and rollicking, with sweeter moments, too – getting off a number of modes this one album, which would make a lesser group sound aimless – but they manage to pull it all off! Some tunes have a raw, no frills garage sound, others have sweeter, but still kinda gritty melodic vibe with some organ in the mix, and still others steer towards moody psychedelia. 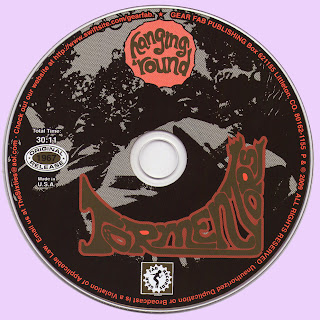 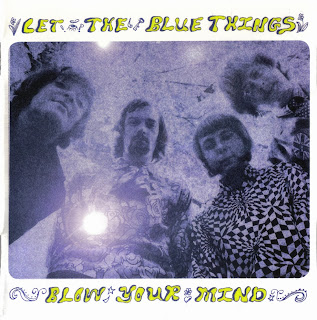 The Blue Things got together in 1964 as the Blue Boys in Hays, Kansas, where Mike Chapman, Richard Scott and Rick "Laz" Larzalere were members of the Barons, a popular group led by Jim Fetters. The band was Chapman's idea and he came up with the name. In the early days they wore blue suits onstage. Before the Barons Chapman had played with the Upbeats while attending Salina High School and Bethany College in Lindsborg. Between the Upbeats and the Barons, Mike made a short trip to California, where he played with Pat & Lolly Vegas of Redbone and the Marketts before returning to Kansas. After choosing music over school Mike's dad gave him $100 toward his trip to the coast.

Prior to the Barons, Richard Scott had played with a Manhattan jazz trio, a short-lived blues band, an earlier version of the Barons, a band called the Spinners, and he had played for three years with the Flippers (later known as the Fabulous Flippers) in Hays until his health forced him to drop out. While with the Flippers Scott made at least one trip to a recording studio, but the work didn't get beyond acetate. With Richard on bass, Mike on lead guitar and Laz on drums, the three Blue Boys would often open for the Barons, then join the others onstage.

The three decided that to complete the break from the Barons they needed a rhythm guitar player who could sing. They found more than that when they auditioned Mike Chapman's roommate Val Stecklein. Mike and Val performed as a folk duo around Hays when other obligations allowed, and Stecklein had played with Scott in a rock band called the Dukes back in 1958 before turning his back on rock and roll for folk music.   Val had already recorded a demo of two original songs, "Desert Wind" and Nancy Whiskey", at Damon Studios in Kansas City with the Hi-Plains Singers and an album with a Ft. Hays State College group called the Impromptwos.

The album was recorded by Lawrence's Audio House on December 8, 1963 in the Ft. Hays State Memorial Union's Black and Gold Room. The Impromptwos was a group of fourteen singers, with eight doubling as instrumentalists. Stecklein was the featured vocalist on the album, singing four songs and playing guitar. His photo appears on the back of the album's cover. While in the Impromptwos, Val wrote songs, and the group performed three of them at the "Poise 'n' Ivy" concert in February 1964. After Val had moved on to the Blue Boys, the Impromptwos released a second album, "The Impromptwos Hit The Road", in the spring of 1964.

The Blue Boys spent the summer of 1964 touring much of Kansas, Nebraska and Colorado with their folk rock/Merseybeat sound. That summer they signed up with Jim Reardon, who had been selling sweatshirts in Holly, Colorado, for management, and he took them to John Brown of Mid-Continent Entertainment. They were booked out of Reardon's home in Beloit initally, and then out of Manhattan the following fall and winter. When Brown moved Mid-Continent to Lawrence, so he could attend the University of Kansas, Reardon and the Blue Boys followed.
Cicadelic-recs

Let the Blue Things Blow Your Mind is easily the biggest single-release Blue Things collection ever (or likely to be) compiled. The two-disc set contains no less than 65 tracks spread across two-and-a-half hours, including 16 unreleased cuts and three radio ads (for the Blue Things, not by the Blue Things). Since this does have everything from their sole album and all of their non-LP A-sides and B-sides, one hesitates to point out some relatively minor problems, especially since the LP and 45s comprise some of the finest obscure mid-'60s American folk-rock and early psychedelia. Still, those flaws are the kind of things completists might want to know about.

First, the unreleased versions of the outtakes "Desert Wind" and "Waiting for Changes" are distinctly inferior to the previously issued versions of these songs (which are not included on this anthology), missing some backup vocals in each case. While it's good for collectors to have the 45 version of "I Must Be Doing Something Wrong," with an oboe (missing from the LP version) that's alternately effective and irritating, ultimately it's not as good as the oboe-less one. The mix of "Now's the Time," a jangly folk-rock highlight of the group's LP, sounds oddly flat and unbalanced. And while all the previously unreleased material is a boon for Blue Things fans, much of it's devoted to relatively slightly different versions of songs that have already seen the light of day elsewhere, either on official mid-'60s Blue Things releases or reissues that dug up some unissued stuff.

The previously unheard tracks do include a good straight-out rock & roll number from a 1964 session ("Punkin' Doodle") and a nice version of "I Can't Have Yesterday" with a significantly different folk-rock arrangement than the official LP rendition, but the hit covers from a December 1966 session are fairly uninteresting. And finally, though the 24-page booklet offers lengthy liner notes and lots of photos, it somehow fails to include songwriting credits anywhere. Do all these picky complaints mean you should avoid this release? Of course not; there's lots of fine music here that will appeal to both the general folk-rock/psychedelic/garage fan and the Blue Things devotee.

Val Stecklein shines as one of the era's finest overlooked singers and songwriters throughout most of the program, and many listeners looking for something that crosses the Byrds, Beau Brummels, and early Beatles will be pleased and excited if they haven't yet come across the group. Still, the general fan's better off trying to find the 2001 CD reissue of their sole LP (on Rewind, with non-LP bonus tracks from mid-'60s singles). Additionally, the completist should also know for all this two-CD set's generous length, it doesn't quite have everything, a few outtakes remaining available only on some earlier Blue Things LP and CD collections on the Cicadelic label.
by Richie Unterberger 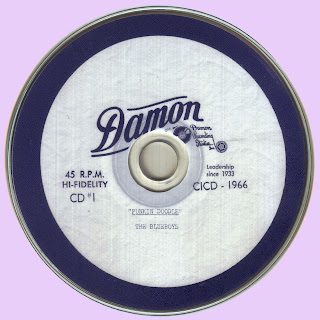 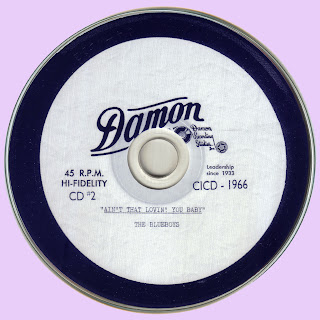