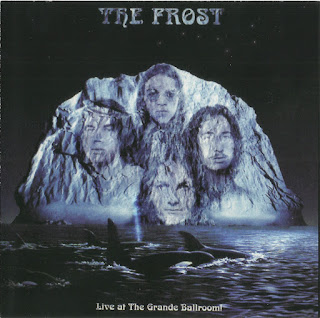 Designed in 1928 by Charles N. Agree for dance hall entrepreneurs Edward J. Strata and his partner Edward J. Davis, the Grande started off as a place Detroiters would go to dance and listen to jazz and big band sounds, but it would later achieve immortal status in the annals of music history as a rock venue. It is arguably the birthplace of punk and hard-driving rock, where bands like The MC5 and The Stooges cut their chops and became legends.

The building was designed in the Moorish Deco style and contained storefront space on the first floor and on the second a ballroom with Moorish arches featuring a floor on springs that gave dancers the feeling of floating. The dance floor held 1,500 dancers and was one of the largest in the city. Its ground floor had several retail tenants, such as W.T. Grant Department Stores, Beverly's and a drugstore. The neighborhood was a predominately Jewish enclave in the 1930s and '40s.

By 1961, the Grande was the only venue in the city with any semblance of what ballroom dancing used to be.

The ballroom did not serve liquor, "nor do we allow persons who have been drinking on the premises. This is not a pickup place," she told the News. "We do not emphasize the type of dancing or create the kind of atmosphere that appeals to troublemakers."

Russ Gibb, a social studies teacher at Maples Junior High School in Dearborn was a popular local radio DJ at the time. Gibb took a trip out to San Francisco to visit a friend in early 1966 and paid a visit to the storied Fillmore Auditorium and saw The Byrds. When he returned to Detroit, he set out to bring Bill Graham's Fillmore to the Motor City. He scouted out several locations, including the then-closed, since-demolished Gayety Burlesque theater on Cadillac Square downtown and the ballroom of the Statler Hotel on Grand Circus Park, which also has been razed. He settled on the Grande, which was near the neighborhood he grew up in back in the 1940s and entered a rent-to-buy deal with the Kleinman family.

The Grande opened the evening of Oct. 7, 1966, to a crowd of about 60 people turning out to see the Chosen Few and The MC5. Before long, the rock music and the counter-culture environment started luring kids from the suburbs eager to shed the ties and ditch the Brylcreem. The Grande became "the embassy for the suburban youth, whose parents had spirited them out of Detroit forever," Sinclair said. "They kind of thought the shopping malls were kind of lame, you know? They wanted to do something more interesting, so they started coming into the city. … Just as their parents feared, it rubbed off."

It featured one of the largest strobe lights ever built at the time. While Gibb, who was paying about $700 a month in rent, started off booking local acts like the MC5, Stooges, SRC, The Frost and the Rationals, in 1967, he started bringing in famous touring rock acts, the first being Vanilla Fudge on Dec. 15. Other rock legends soon followed, pummeling the sweaty crowds in temperatures that sometime reached 100 degrees: Led Zeppelin, John Lee Hooker, the Yardbirds, Cream, Pink Floyd, Canned Heat, the Jeff Beck Group, The Byrds, Big Brother and the Holding Company, Chuck Berry, Howlin' Wolf, the Velvet Underground, Canned Heat, the Steve Miller Band, Country Joe and the Fish, Blue Cheer, Tim Buckley and more all played the Grande.

The Grande's final show came on New Year's Eve 1972. Gibb had started booking shows at bigger venues, including the Michigan Palace (formerly the Michigan Theatre), and in other cities across the Midwest. "A big frustration for me was the New York and Hollywood agents," Gibb said. "If I wanted to have The Doors play, I had to take two or three of their bands, too. I wanted to put local bands on the bill. The greed was incredible. Plus, people were always thinking we were dopers and the cops were giving us a hard time. …
by Dan Austin

Frost was a late 60's band from Alpena, Michigan. They were led by legendary guitarist, Dick Wagner, who went on to play with, Lou Reed, Alice Cooper, David Bowie, Kiss and Ursa Major in the 1970s. The rest of the band consisted of Gordy Garris (bass guitar), Bob Rigg (drums), and Don Hartman (rhythm guitar). 'Live At The Grande Ballroom' was originally recorded in 1969, from various appearances, a litle bit different tracklist from their other live album "Rock and Roll Music". 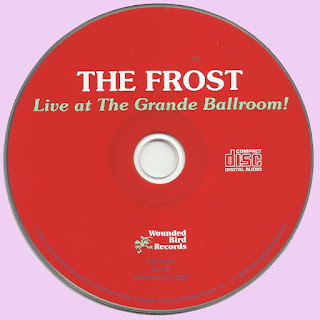 Free Text
Text Host
Posted by Marios at 7:40 AM No comments: