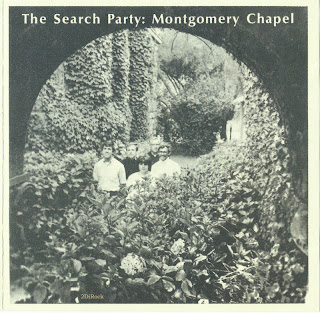 Maybe it's because most Christian music is made by twin brothers who dress identically, families who travel the South in silver motor homes, or pastors who've had half their faces burned off yet still manage to spread the message of hope. But perhaps the message might be spread more effectively if someone with even a modicum of hipness (not to mention a few vocal lessons) would step forward and sing the praises on electric guitar.

Well, back in 1968, that's exactly what The Search Party did. On "Montgomery Chapel", you can tell these Christian kids were ignoring their parents' warning and listening to the latest Doors, Jefferson Airplane and Janis Ian records behind closed doors. So much so, that if you didn't know this was a Christian rock record, you might actually dig it. But don't let that stop you.

These kids were good, and they even owned one of Satan's fuzz pedals. The Search Party weren't afraid to "rock out," as the heathens say, and filled their West Coast acid rock sound with loud, invasive blasts of heavenly fuzz on the blistering "You and I." Vocalist Joanie Goff had the same command and range as Dorothy Moskowitz of the United States of America, or Chris Christman from Ivory.

Although occasionally...okay, frequently...she strayed into this possessed high-pitched shriek/yelp mode, like Gal Costa in the middle of a Pentecostal revival. When she's able to holster herself, though, things get downright trippy - check out the moody, ethereal "When He Calls" for some good smokefilled God-fearing acid rock sounds. With its jangly Roger McGuinn guitar and quivery psychedelic organ, I'd be tempted to say the band sounds "stoned" if I didn't know better.

But as a languid leisurely stroll through the sounds of Haight- Ashbury, this is the Christian rock equivalent of a good It's a Beautiful Day ballad, complete with bof male and female harmony vocals. Joanie loses it near the end, sadly, and things unravel a bit, but when she keeps her cool, it's about as good a head-trip for Jesus as you'll hear. She's much more effective on the moody "Renee Child", adding some unsettling but very evocative banshee cries behind the male lead singer, who also subscribes to the school of vocal melodrarr;

But it all works well together, and things are kept to a bare minimum - just vocals, two acoustic guitars and some occasional shots of xylophone – creating a very effective, ethereal and downright spooky slice of otherworldly sounding acid rock. It's not very often you'd apply the term "trippy mindmelter" to Christian music, but in this case, you would. And you'd be correct too, because there's no doubt that the boys and girls in Search Party listened to their share of Doors albums when recording "So Many Things Have Got Me Down" - at 9 minutes, riding a trancelike repetitive and very similar guitar riff, this absolutely has to be influenced by "The End".

Side 2 loses the point a bit - "All But This", "Poem By George Hall" and "The Decidedly Short Epic of Mr. Alvira" all get bogged down in some fancy-schmancy Renaissance Faire medieval prog folk, far too quiet and moody for a band who owns a fuzz guitar and a female singer prone to sudden histrionics, unless you're a big fan of the folkier aspects of Jefferson Airplane (i.e. "Comin' Back to Me).

However the big finale, the band's welcome return to fuzz and fury, is the closer "The News is You". A monster fuzz ripper of the Camera variety, which means it's a big, loud fire-breathing papier-mache tortoise. And Japanese kids like to hitch a ride on its back. Only thing is. Joanie's in full shriek and yelp mode here, wailing and screaming like Yoko Ono under demonic possession, which helps to end this strange little Jesus rock album on the most demented note possible.

Not that a fuzz-shredding, mind-melting Christian rock band with a Jones for the Doors isn't already demented enough. And there's nary a Winnebago or red velour sports jacket in sight. If anything, the Search Party proved that you could love Jesus and also be a legitimate acid rock band. They looked and sounded just like the nondenominational co-ed West Coast bands - Jefferson Airplane, the United States of America. Ivory, Stoneground - only they sang about Jesus and their lead singer flew off the handle more often than Joan Crawford in "Mommy Dearest." But that only makes 'em all the more interesting. You've heard of the School of Rock. Now grab yoursetf a Psalter and a tab of acid, and check out the Chapel of Rock. 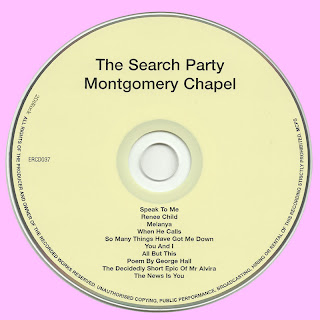 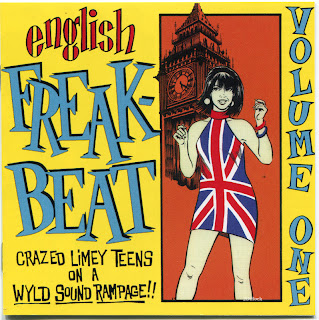 I really want to say a big thank to my friend Cudawaver for his cooperation, and for all his hard work, it is very important to me, for this place we share here, which was created with the only aim to offer, we will continue to be here -despite all the difficulties- with consistency and dedication.

I would also like to Thank  all of  you, who stand next to us and give the support we need. Our love for music gives us strength to go on.....as far it goes

The first volume by the English Freakbeat series, contains some great stuff, among the others, an early incarnation of the Groundhogs, Ron Woods Birds, Mick Ronson's Rats, The In-Be-Tweens, a predecessor band to Slade, (discovered by Kim Fowley who was the co-writer on this song, duplicate to  "I take what I want" which was composed at the same year 1965 by Isaac Hayes, David Porter and Teenie Hodges). 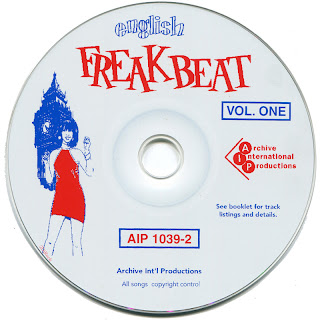