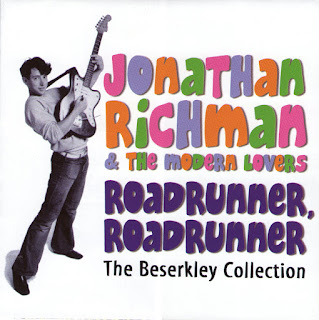 Lest the Gods of Indie strike me down, I have a confession to make that could well ruin the few hip credentials in my possession.  But here goes nothing:

Forgive me, oh Indie Father, for I have sinned. I am guilty of ignorance and bandwagon jumping.  I regret that until recently I have been sinful due to an ignorance of the works of Jonathan Richman and his band, the Modern Lovers.

There I said it—but let me defend myself. Yes, Richman has been releasing records since the early 70s and is still releasing them today. Yes, his name is uttered amongst the musical cognoscenti in hushed tones. Yes, he helped to pioneer and promote the proto-punk sound along with the Velvet Underground and the Stooges. And yes, he’s also influenced more of today’s acts than the wacky-baccy. So why is that when I tell people I’ve been listening to the Modern Lovers that I’m met with blank looks?

Maybe I am forgiven for my obliviousness. The sad truth is that Jonathan is the muso’s best kept secret,  the kind of guy who gets namedropped more often than played.  So if you’re shaking your head thinking “OMG! This guy doesn’t have a clue about the Modern Lovers WTF?!” then stop reading—for once this is not for you. Please go back to trying to impress people with your in-depth knowledge of Wackies Dub obscurities.

We all have to start somewhere and Roadrunner Roadrunner, a 46 track retrospective of Richman’s 1970s output, is the perfect Alpha course to the church of the Modern Lovers.

Richman’s influences are obvious from the outset: shambolic Velvets-style rock’n’roll fused with tinges of doo-wop and sweet melodies reminiscent of the Beach Boys.  These influences pale in significance however, when compared to the massive list of performers who took their cues from him.

Anyone who ever dared to challenge the balls-out machismo of the atypical rock idol has Jonathan to look up to.Every lovable nerd from Stephen Malkmus to MC Paul Barman can thank the Modern Lovers for handing them their pass to the world of uncool.

As for Emo? Pah! Richman practically invented the stuff. “This is your chance to make me feel awkward”, intones the jealous male dumpee on “I’m Straight”, but this isn’t the kind of cloying self-pity one would get from the likes of Death Cab and Co.

Even through his beat-up nasal whine, one can tell Richman has tongue placed firmly in cheek,  winking wryly at his audience as if to say “yes, we all act like asses in times of love and hate”.  It’s this kind of honesty—Jonathan’s straight-up but witty sentiments—that make the Modern Lovers such an endearingly feel-great act.

The playfulness and delivery on some of the more downbeat tracks such as “Hospital” and “Affection” propel them well away from the wallowing drudgery of any of your present-day indie wimpsters.

In the past, bands like the Beach Boys would boast about the speed of their motors.  Jonathan had his own take on the “Little Deuce Coupe” mentality with his own clapped-out “Dodge Veg-O-Matic”—the story of one man’s love for a no-go junk-heap.  He turns the Beach Boys on their heads again on the California Girls-y “New England” in which he compares Maine with the magnificent Israeli desert.

It’s these celebrations of the mundane that make Richman a true champion for the common man. It didn’t hurt that the Modern Lovers would also regularly play old folks and children’s homes as well as the obligatory rock venues. “Government Centre”, a song about playing a gig in an office, conjures up images of secretaries dancing on their desks. Similarly, nursery rhymes such as “I’m a Little Dinosaur” and “Here Come The Martian Martians” are soundtracks for infant mosh-pits.

This is all encompassing rock’n’roll—inventive and shambolic enough to satiate the toughest of rockers  yet wholesome enough that holidaying families could easily sing along to it in the car.  Sorry all you hipsters and musos—thanks to this compilation your secret is well and truly out.
This music is for everybody.
by Charlie Frame 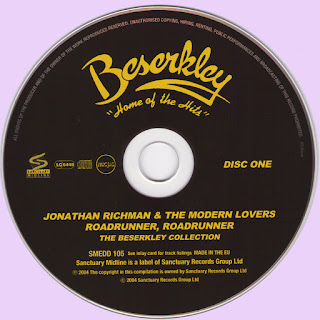 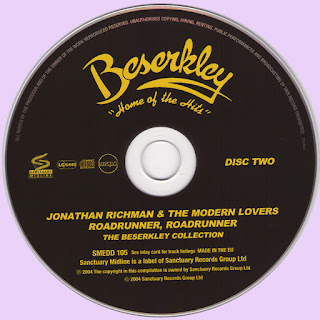 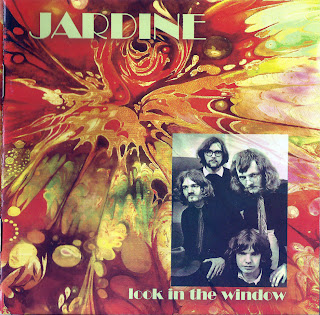 A lost jewel of the late 1960s UK psychedelia! Jardine recorded this album in 1969 for release by Polydor. That never happened, and the LP was shelved.

Now, almost 40 years later, you can be among the first to discover the excellence of these brooding poetic tracks, all written by Keith Law just before he joined psych band Velvett Fogg for their only album. Something strange and sinister, with moments of fragile beauty, perhaps akin to what would have resulted if Comus had set their lyrics to Moody Blues-esque melodies.

Some heavy guitar solos, organ, flute, and flowing sitar, for good measure. Most of the bands in Birmingham were either pop or soul hased. Velvet! togg, along ivith Black Sabbath, The Moi>e, and Traffic were probably the onfy progressive bands. Velvett Fogg was the more outrageous and the more psychedelic. Keith Law's band Love and Understanding was pure flower-power, and as such was being, they were in 1967, one of the first Psych bands.

Jardine is the French translation of the English word "garden." Jardine is also the name of a short-lived but also charismatic and exceptional group from 1960 5 Birmingham, a hand that managed to leave some jewels which could easily have granted them a place close to the now legendary "kings" of the British psychedelic scene.
by Nick Karathanassis 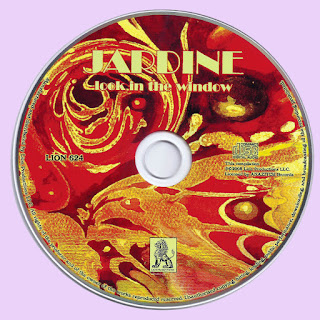 Just Paste
Posted by Marios at 4:57 AM 6 comments: