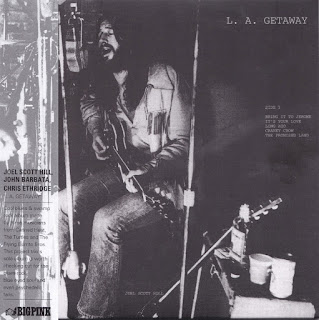 Probably the greatest and most obscure supergroup album, L.A. Getaway combines the talents of a core group of Joel Scott Hill (guitar/vocals), Chris Ethridge (bass/piano/vocals), and Johnny Barbata (drums). The fact that lead singer Hill remains a largely unknown and under-recognized talent as a singer is one of the reasons for this album's obscurity. Hill's blue-eyed soul vocals on such rockers as "It's Your Love" and Dr. John's brilliant, New Orleans-soaked "Craney Crow" clearly attest to his sheer genius.
Perhaps the album's crowing achievement is a version of Booker T. Jones' slow and smoky gospel/blues workout, "Ole Man Trouble," which is aided by the songwriters' Hammond organ performance and a sterling background vocal arrangement. For this reason alone, L.A. Getaway is worth acquiring, even as an expensive Japanese import. There are numerous guest appearances on the record, including keyboard performances by Dr. John and Leon Russell. In many ways, producer Paul Rothchild used is cache to bring in as much talent on one record as he possibly could, while still retaining the band's overall group identity.
As well, in relation to this, Etheridge's performances are fabulous, particularly on his rare lead vocal on the title track. Barbata also shines on all of the cuts, and his playing dwarfs some of his other, excellent work on records by CSN&Y and the Turtles. In the end, the album remains a vital document of the period (early 1970s), and is well-worth seeking out.
by Matthew Greenwald 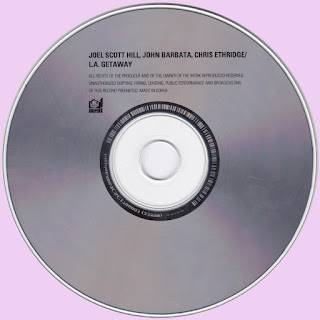