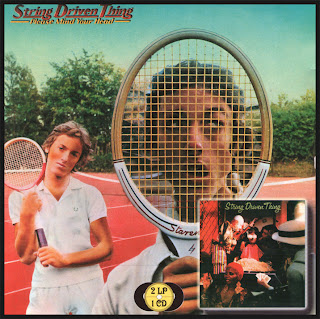 One of the finest bands signed to the Charisma label during its early-'70s heyday, Scotland's String Driven Thing originally formed as a trio in 1969, led by the husband-and-wife team of Chris and Pauline Adams, plus percussionist John Mannion. Locally popular at the tail end of the 1960s, the band faded from view shortly after releasing a self-titled debut album in 1970. They continued playing, however, with the lineup expanding to include bassist Colin Wilson

In early 1972, Chris Adams journeyed to London, hoping to interest the Strawbs' management with a three-song demo. Finding himself with some free time, he was flicking through the record labels section of the Yellow Pages when he spotted Stratton Smith Enterprises. He called and found himself in conversation with the head of Charisma chief Tony Stratton Smith's publishing company, Mooncrest Music. Within a week, Stratton Smith himself was in Glasgow, for a String Driven Thing showcase at the Burns' Howff pub; a week after that, the band signed with his label.

Shedding Mannion around the same time, the group returned to Glasgow with a princely retainer of 20 pounds per week, to rehearse. A month later, they went back south for their first ever live shows as a "signed" band: a community hall in the town of Tunbridge Wells, where Strat had his country retreat, and the 1972 Reading Festival. It was an audacious entry, but it worked and the group quickly set to work on its first Charisma album, to be titled — like its independent predecessor — String Driven Thing.

Recorded in two weeks in August 1972 with producer Shel Talmy, the album landed rave reviews across the music press, with Melody Maker in particular leaping onto the group's side. (Amusingly, it later transpired that the album's distinctive gatefold sleeve, designed by Po of Hipgnosis, cost more than the actual recording sessions!)

The band continued pushing forward. Visiting France, they stopped by the renowned Chateau D'Heuroville studios (the Honky Chateau of Elton John fame), where they were filmed recording some songs with a French producer, who later claimed he'd done a better job than Shel Talmy ("he had a point," mused Adams); December 1972, meanwhile, saw the band fly to New York to support Genesis at that band's first ever American show, at the Philharmonic Hall.

When Chris and Pauline Adams left String Driven Thing after the release of "The Machine that cried", the heart of the band essentially went with them. To his credit, Grahame Smith rebuilt String Driven Thing from scratch, but the truth was that this was a completely different band using the same name (per Fleetwood Mac). The new line up recorded two albums together;this is the first of the two.

Vocal duties were taken on by Kim Beacon (here referred to as Kimberley) who was the principal vocalist on Tony Banks' first solo album. Beacon's vocals represented a fundamental change from those of Chris and Pauline Adams, implying an immediately apparent change of sound for the band. This, combined with a general move towards a more orthodox pop rock direction alienated many of SDT's original fans. Things start off brightly enough with "Overdrive" a mid-paced pop song with a fine harmonic chorus.. Songs such as "Without you" try to be more adventurous, with Smith's violin and viola contributions moving the songs on. Vocalist the late Kim Beacon was one of the finest rock singers of his day, his voice being a cross between Paul Rogers and Rod Stewart. Standout tracks are "Overdrive", and the instrumental "Timpani for the devil" .

This instrumental piece draws in brief classical influences as Grahame Smith gets loose on his violin while drummer Colin Fairley expresses himself...
SpaceRitual 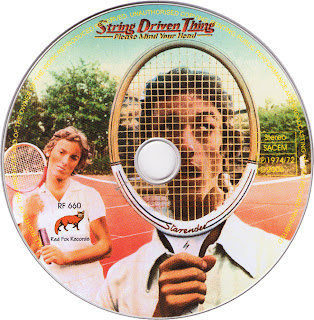