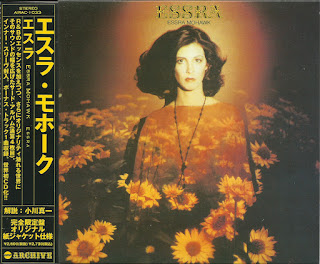 Listening to my early albums, there seems to be a progression from ballads to uptempos that took place over the years. My first album is all ballads, my second album, Primordial Lovers, has a few rnidtempos and uptempos, and my third album is half ballads and half uptempos. This album, my fourth, is very different from the ones before it in that there are only two ballads: “Summersong” and “Hello Winter”. I seem to have switched  gears from ballads to uptempos as though I were gaining some kind of momentum. On the original vinyl release, "Summersong" appeared on one side of the record and "Hello Winter" was on the other side, just like winter and summer are opposite seasons.

"People Will Talk" appears twice (two different versions), the serious version began side one and the album ended with the sitly version. One day in the studio while recording my vocals, I spontaneously began cutting up just for laughs and when I looked up through the window to the control room, I couldn't see the producer (Jerry Ragavoy) or the engineer (Bruce Terguson). That's because they had dropped out of sight while they were rolling around on the floor laughing uncontrollably!! We all had such a good laugh over it, we decided to pat that version on the album as well and let everyone in on the joke. Laughter is good for body and soul!

"Holy Trinity" is a song about diversity and how all of the various kinds of people who make up this world could benefit each other  with the special and unique qualities that each brings into the mix. I particularly like the line, "It's happening slowly but surely. Pessimists, you prophesize so poorly."1 I have always believed optimism functions much better than pessimism. Imagine a captain determined to save his ship. If he didn' t believe he could keep it from sinking, would the ship have any chance of staying afloat? We kept my original reference vocal on the ride-out of "God Help It". Even I was amazed by the notes I reached that day! The band was smoking thanks to the amazing musicianship of bassist Richard Davis and Bernard Purdy on drums! My voice joined in rising to the occasion.

Some of you might’ ve seen me sing “Appointment With A  Dream” on TV when I Appeared on the Gong Show in 1977. No, I wasn’t gonged, thank goodness. In Fact, I scored a “23”, my lucky number, but I came in second to a guy who played two saxophones at once! Reruns of the show are still getting aired. Look for it!

Although "Don't Be Afraid" was recorded with the rest of the tracks for this album, it didn't make it on the original release. Fortunately, thanks to the fact that CDs are longer playing than the vinyl LPs, it can now be included as a bonus track. I wrote and sang it with my favorite male singer songeriter, Alan Gerber. We were almost in a band together. I was asked to join Rhinoceros when Paul Rothchild and Barry Friedman (Frazier Mohawk) were putting the superband together. Unfortunately, my manager at the time wouldn't let me join. Alan Gerber did join the band and I always hoped that one day we'd get another opportunity to do something together. Several years later we erote and recorded this song, but as I said it didn't make the album. Now finally, thanks to Air Mail, it is being rteleased and one of my fondest dreams gets to come true.
by Essra Mohawk 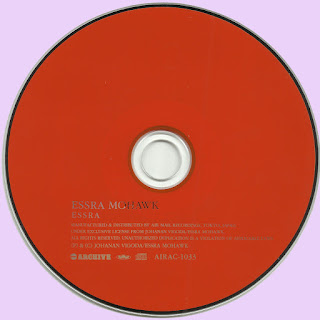 Free Text
Text Host
Posted by Marios at 9:25 AM 3 comments: