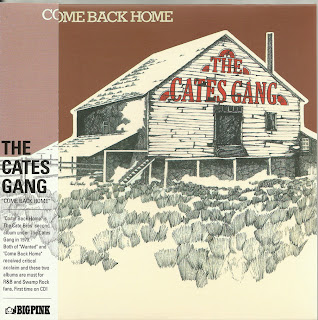 The Cates were born in Fayetteville (Washington County) in 1942 and grew up in Springdale (Washington County). Although not born to a musical family, the Cates taught themselves how to play and were heavily influenced during their teenage years by Hawkins, whose ever-changing band, the Hawks, was at that time composed of the personnel who eventually became famous as Bob Dylan backup ensemble, the Band: pianist Richard Manuel, keyboardist Garth Hudson, drummer Levon Helm, and guitarist Robbie Robertson.

The northwest Arkansas musical enclave was a diverse one, however, and the Cates heard not only renowned touring rock musicians but also worked with such local stars as vocalist Ken Owens while competing with Hawkins and Tolleson for a tough, knowledgeable regional audience. The Cates band was originally called the Del-Reys, and they sang Everly Brothers style harmonies when they were young, before they developed their own vocal persona. Earl plays the guitar, while Ernie plays keyboard.

The Cates have remained close to the northwest Arkansas club and festival activities, which revolve around the University of Arkansas (UA) in Fayetteville and have expanded to accommodate the booming regional commercial developments related to the growth of Wal-Mart, Tyson Foods, and J. B. Hunt.

But the Cates are also true to their musical roots in that theirs is a country soul unit, and they are masters of a kind of rhythmic eclecticism that is native to the cultural territory from which it emerged, bounded generationally by Bob Wills western swing and the Band blend of hillbilly simplicity and blues depth and incorporating both styles into their The Cates association with Helm resulted in Helm performing with the Gates after he temporarily dropped out of Bob Dylan wildly controversial international (and extensively documented) electric tour in the mid-1960s.

Earl and Ernie Cate, (as The Cates Gang) released two albums in the 70's-Wanted (1972) and Come Back Home (1973). Both of them were excellent singer songwriters and influenced rock 'n' roll, country and soul music. Later, they became Cate Bros and eventually signed with Asylum in the mid 70s where they released four albums. Both 'Wanted' and 'Come Back Home' are considered as the best swamp rock albums deeply inspired by soul and R’n’B.

In 1975, the Cates released two more albums on the Asylum label (a powerful force in rock music at the time and one with which Helm had professional contacts), Cate Bros. Band and In One Eye and Out the Other, which led to the Gates touring nationally themselves. Asylum also released The Cate Brothers Band in 1977.

The Cate Brothers Band earned the group critical acclaim for its distinctive sound and a solid reputation for expert musicianship. The album was produced by legendary Memphis guitarist Steve Cropper, a member of Booker T. and the MG's and a mainstay of the celebrated Stax label throughout the company 1960s heyday.
CD Liner-notes 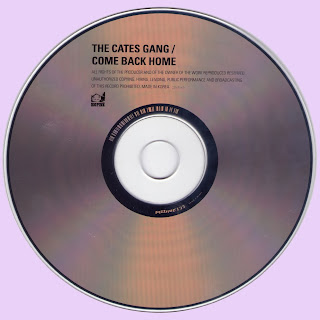 Free Text
Just Paste
Posted by Marios at 9:59 AM 4 comments: