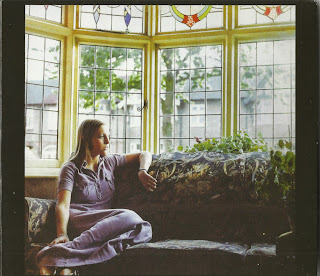 It must have been 1990. I was paying a visit to a heavily connected record dealer who had just received some tapes from overseas. He put one on with the words "This is what Paul [Major] and Gregg [Breth] are going to reissue, it's an English album called DARK". I had never heard of it before. "Dark, huh?". The music comes on, a very intro-like thing which nevertheless suggested a nice drum and guitar sound quite unlike the usual 1972 bombast. "Hmm...". Then the actual song begins, a confident, lyrical west coast jam sound like 1968 Quicksilver on a strong night. "This sounds good...", I say. Light, unpretentious vocals enter and the final great fear – that of an Operatic Macho Vocalist – disappears. "This sounds, uh... very good". The record dealer nods in agreement. Shortly after this the Swank label US vinyl reissue did appear, but for reasons not yet made clear it cost not less than $150 in retail, so I passed and settled for a tape dupe.

According to Stephen Smith who produced a more affordable Dark reissue two years later, there will never be another private press British LP of the same stature as Dark "Round the edges". This may be true, and it certainly is one of the rarest, but then rarity doesn't account for anything, and in terms of quality there's nothing exceptional about it. It is a good LP, but also with a number of flaws of varying degrees. As it turns out, my first encounter with it turned out to be a bit of a deception.

After getting the Kissing Spell reissue CD my one-line review of the Dark LP used to be that it "gets weaker for each track". This is not entirely true, but the track sequencing is one of the problems. The opening "Darkside" track, as hinted above, is perhaps the best underground guitarpsych track ever to come out of England, a piece of pure perfection; jammy, loose, beckoning, un-hardrocky, anything. The rest of side 1 is in the same vein, just slightly less "there", and I always choke on the lyrics on "Maypole" which strike me as simple gibberish.

Side 2 opens with the album's weakest track which I can only describe as mediocre, an uninspired melody unfortunately accentuated by a lead guitar playing tandem with the vocals; tracks 5 and 6 are better, but the lack of a "Darkside" makes the second half of the LP a rather pedestrian experience, with insufficient time devoted to songwriting, and nothing added to the fullfleshed statement of the opener – losing the "R C 8" track altogether and shuffling the others around a bit would undoubtedly improved the LP a couple of points.

On a more fundamental level, the vibe I get from Dark is that of a bunch of unknown guys who have been rehearsing in a basement for a long time, building an extensive understanding of each others musical ideas, and each honing their craft – the playing is superb, perhaps the drummer most of all – and it isn't really hardrock, or bluesrock, but a classic jam outfit bred out of the late 1960s US westcoast style, almost jazzy in the playing, but never pretentious or showoffy. That's the positive side of the coin,  the negative is that any desire to make a personal statement; perhaps even the ability to do so, went missing in the basement about 500 hours of rehearsal ago. Dark are very sure of what they can play, and they can even afford to be cool about it, but the coolness by definition also means a lack of passion, or fire – again, it's only the initial "Darkside" track that resembles something born out of experience and emotion, rather than an exploration of scales and time signatures.
Lysergia 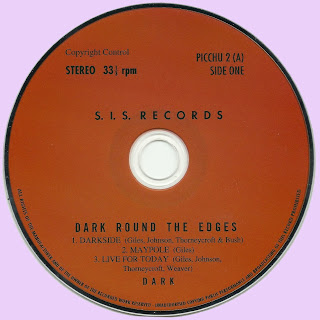 Free Text
Just Paste
Posted by Marios at 8:29 AM 23 comments: