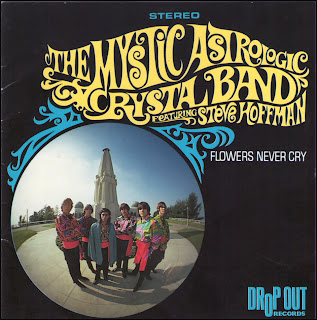 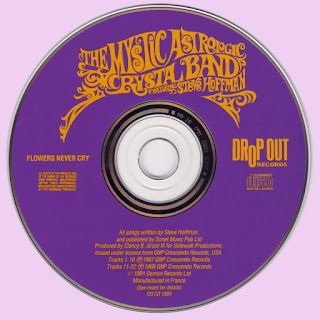 The Moon - Without Earth And The Moon (1968-69 us, outstanding orchestrated psychedelia) 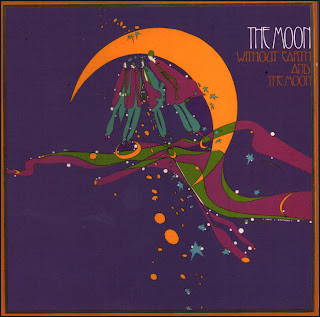 The music recorded was an effort to contribute an augmented level of warm, meaningful, and enjoyable listening fare for all of the creatures that hear. The beginnings were mainly generated by the songs being written by Matthew Moore. Matthew's brother, 'Daniel Moore', was an independent record producer in Los Angeles and had produced several singles with Matthew as the artist.


Daniel had arranged a meeting with  'Mike Curb' at Sidewalk Productions, in an effort to find a recording contract, and Mike was very helpful in providing the producer, and engineer, and drummer, and keyboardist: (Larry Brown), and in encouraging Matthew to seek out musicians that would form a group to record his compositions. Larry Brown introduced "Drew" Bennett to the proposed gathering, and Matthew had been running into David Marks around town, so he approached David with the idea of recording a few trial tracks. Within a few weeks the project was under way.

The Studio was to be, "Continental Studio", in Hollywood, and the four young adventurers set up camp and locked the doors. These young men were still not yet 21 years of age. The tremendous technical and organizational task had began. All were single, all were very accomplished musicians, all were ridiculously fearless as to the huge undertaking they had embarked upon. It was agreed upon from the beginning that the fewest possible distractions and interruptions during the recording process must be the rule.

The doors were locked and only food deliveries and an occasional visit from Mike Curb was allowed during the basic track recording phase. Sleeping, eating and playing music....that was all. The quest for perfection was the standard, many re-takes, many 'start all overs', and many heated discussions concerning choices of parts to be played or parts, not to be played. Matthew: " I remember waking up ..having slept on the floor near the piano. A dim light was on in the booth, so I tried to walk to the door out of the studio.

I kept stepping on boxes and kicking over cans and bottles but I made my way to the light panel to bring up the light in the room. I couldn't believe the amount of clutter and trash we had accumulated. We had to take a day off to allow the janitors to come in and clean. I still can recall the 'Warnings' we invoked,  to "be careful and not move any wires or mikes or touch any set up instruments". We had to go out into the world for a day and entertain ourselves. Dave and I went to a $.50 triple feature western movie downtown and watched the winos sleep. A few days later we resumed our quest.

No one knows for sure, how many hours or days or weeks or months it took to finish the first album, (Without Earth)  but we do remember the final moment when we all looked at each other and nodded in agreement that it was finished. The second Album (The Moon), was actually time logged by Larry Brown. He said It took 470 hours, from start to finish. The first one took much more time.
The Moon-albums 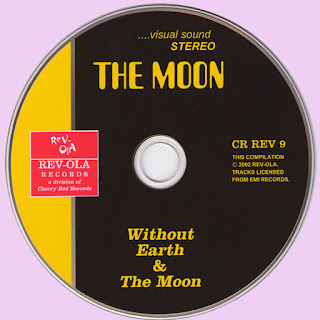 Free Text
Text Host
Posted by Marios at 4:04 AM 13 comments: