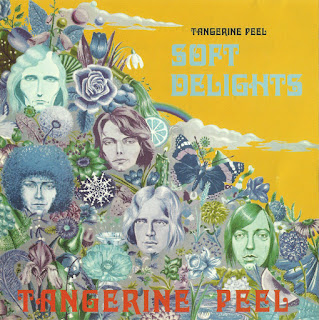 Tangerine Peel was best known during the second half of the 1960s as a five-man psychedelic band, specializing in a slightly light but pleasant brand of the music. Their principal claim to fame was the presence of future songwriter/producer Mike Chapman in their ranks during the late '60s, when they cut records such as their version of the Bee Gees' "Every Christian Lion-Hearted Man Will Show You," cut for British United Artists in 1967. Subsequent singles included "Solid Gold Mountain" and "Talking to No One" for British CBS, and "Never Say Never Again" and "Play Me a Sad Song and I'll Dance" for British MGM. Chapman left before the group recorded its one and only LP, Soft Delights, in 1970. By that time, the group had abandoned its psychedelic influences in favor of a more conventional pop/rock sound.
by Bruce Eder 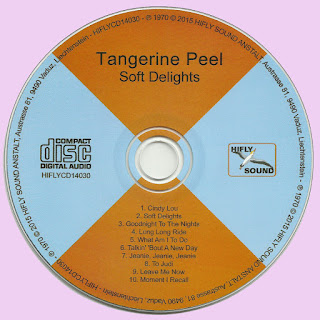 Free Text
the Free Text
Posted by Marios at 6:33 AM 6 comments: