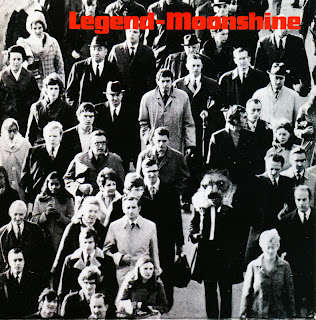 Originally released in 1972 (on the Vertigo label) Legend's third album, Moonshine, gets out into the sun again (via the Repertoire imprint) as a 2500-copy limited edition. The band represented here was the "Mark III" version, consisting of John Bobin, Mo Witham, Bob Clouter and the legendary Mickey Jupp.

The sound is fairly raw throughout, with the kind of loose, relaxed musicianship that comes from pro cats getting down and having fun. Rock, blues, country and a touch of traditional balladeering inform each of the disc's 13 tracks and find the group right at home with those stylistic touchstones.

Whether they're stripped-down and rockin' (as on the rousing "Moonshine" and "Captain Cool") or dramatic and string-filled (the plaintive "Another Guy" and "The Writer of Songs") there's an element of toughness that keeps the band from ever sounding stuffy, and it's that same barroom machismo that makes this record stand out as a near-classic example of down-home, '70s British rock done correctly -- with fun and chutzpah in equal amounts.
by J. Scott McClintock 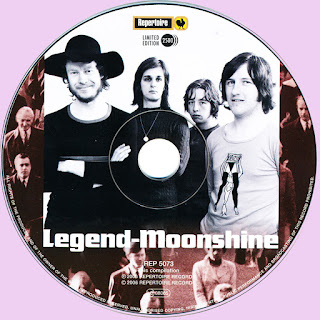