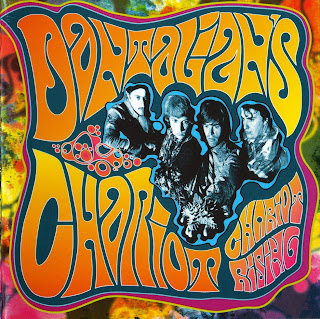 One of the most brilliant obscure psychedelic singles of the late '60s — indeed, one of the most brilliant obscure rock singles of any kind from the era — was Dantalian's Chariot's "Madman Running Through the Fields." This 1967 effort was British pop-psych at its zenith, strongly reminiscent of (and as good as) the classic early sides by Syd Barrett's Pink Floyd. What made it all the stranger was that it was the debut single by a group of veteran musicians who, just a few months earlier, had been playing jazz/R&B fusion as Zoot Money's Big Roll Band. Money, a journeyman keyboard player and singer, had made a few records without getting anything close to a hit; his band featured a young Andy Summers, over a decade before the guitarist would reach stardom with the Police.

Such was the impact of psychedelic music in 1967, however, that by the middle of the year, Money had decided to totally revamp his sound. R'n'B/jazz/soul had become passe; now it was important to write your own material, and reflect the mind-expanding experience. With Summers still in tow, Zoot Money's Big Roll Band became Dantalian's Chariot. The music, written primarily by Money and Summers, changed as radically as the name, with airy melodies, spacy lyrics, and guitar/organ-driven arrangements. The band hit the London underground circuit inhabited by such acts as Pink Floyd and Soft Machine, and made their debut recording as Dantalian's Chariot ("Madman") in the summer of 1967.

The single, innovative as it was, didn't make any commercial waves. Although they were a respected live act, their new direction wasn't supported by EMI, which dropped the band. A psychedelic-minded LP was worked on, but not released. Some of the material appeared on an early 1968 record, which the Direction label assembled from various tunes cut over the past year. The fact that the album was credited to Zoot Money and the Big Roll Band, rather than Dantalian's Chariot, was an indication that their psychedelic direction, again, would not find support on the industry level.

All of this was not as great a tragedy as it might appear. A collection of psychedelic-oriented Dantalian's Chariot tracks (several previously unreleased) did emerge in 1996, and while it shows them to be an interesting outfit, nothing comes close to the magnificence of "Madman Running Through the Fields."
Dantalian's Chariot came to an end in the spring of 1968, with Summers joining the Soft Machine (and subsequently Eric Burdon's Animals); Money would also join Eric Burdon's Animals around the same time. Drummer Colin Allen went on to chalk up stints in John Mayall's band.

A close facsimile of what Dantalian's Chariot's unreleased album would have sounded like, taken from ten tracks recorded in 1967, several of which were previously unissued. "Madman Running Through the Fields" is essential listening for anyone who likes Pink Floyd, with its happy-go-mad lyrics, astral organ, Syd Barrett-esque guitar, and sudden quiet breaks into pastoral flute passages. Nothing else here is nearly as striking, but it's decent, somewhat prototypical early underground British psychedelia, though the songwriting can be kind of forced. The wistfully ebullient "Sun Came Bursting Through My Clouds" (the B-side of "Madman") is probably their best secondary effort; instrumentally oriented explorations like "Soma" and "This Island" get freakier.
by Richie Unterberger 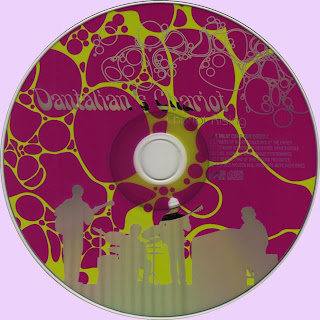 Free Text
the Free Text
Posted by Marios at 4:18 AM 1 comment: