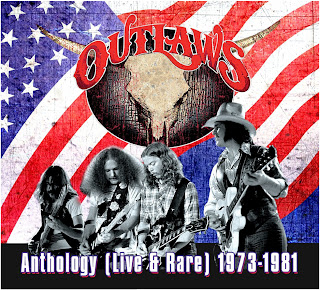 Southern rock will continue to live and breathe in some fashion, especially as reminders of the genre's glory years -- such as the Outlaws' 2012 four-CD set Anthology (Live and Rare) 1973-1981 -- are issued. There's a treasure trove of material here, with over four hours of previously unreleased material from the Tampa, Florida-based band. the Outlaws could stand on the edge of straight-up country yet turn on a dime and blast out walloping bulldozer-on-steroids hard rock, maintaining memorable melodies and hooks along the way on signature songs like "There Goes Another Love Song," "Green Grass and High Tides," "Hurry Sundown," and the cover of "(Ghost) Riders in the Sky."

The original lineup included an amazing triple-threat frontline with lead vocalists/guitarists Hughie Thomasson, Henry Paul, and Bill Jones, often referred to as the "Florida Guitar Army." Bass guitarist Frank O'Keefe and drummer Monte Yoho provided the bottom thump, with O'Keefe's work (as well as that of future replacements Harvey Dalton Arnold and Rick Cua) standing out as especially integral to the arrangements. (Latter-era vocalist/guitarist Freddie Salem and drummer David Dix are to be commended as well.)

Most of the live material comes from the band's first three albums: 1975's Outlaws, 1976's Lady in Waiting, and 1977's Hurry Sundown. Multiple versions of several songs are collected including "There Goes Another Love Song," "Stick Around for Rock and Roll," "Knoxville Girl," "Freeborn Man," "Song in the Breeze," "Gunsmoke," and "Green Grass and High Tides," among others. One stand-out rarity is the cover of Jackson Browne's "Red Neck Friend." Disc one includes performances from 1975 shows in Denver, Colorado; Bryn Mawr, Pennsylvania; Cleveland, Ohio, and the Record Plant recording studio in Sausalito, California.

Disc two features 1976 performances at the Record Plant in Los Angeles, California. Disc three captures 1977 performances in Pittsburgh, Pennsylvania and Passaic, New Jersey; as well as 1981 tracks also from Pittsburgh, Pennsylvania. Disc four is the most interesting for longtime fans because it includes studio demos recorded between 1973 and 1977. Nine demos from the Outlaws, Lady in Waiting, and Hurry Sundown sessions are followed by eight previously unreleased ones. "Never See Your Face" is bouncy country rock, "Windy City Blues" is a smoldering and surprisingly effective 7-and-a-half-minute jam, "Nighttime's Passing Dream" is melodic and easygoing, and "Goodbye Tupelo" is very nearly pure country.

An informative essay is included in the liner notes, but specific details on the origins and sources of this material -- Radio broadcasts? Soundboard recordings? Venues? Precise dates? Lineups? -- are incomplete. Despite occasional shrillness, the overall sound quality of these recordings is excellent. The studio demos sound like nearly completed recordings; they aren't like some demos that get released and sound like they were primitively recorded at the bottom of a muddy river. Anthology (Live and Rare) 1973-1981 is a sure-fire reminder of the Outlaws' powerful music and their unique contribution to Southern rock.
by Bret Adams 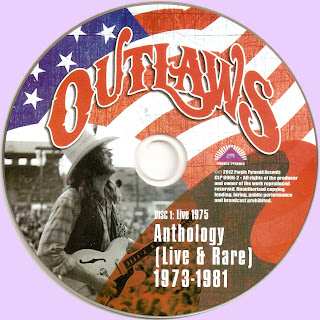 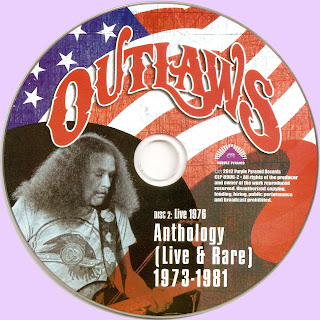 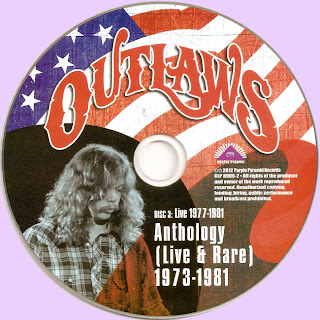 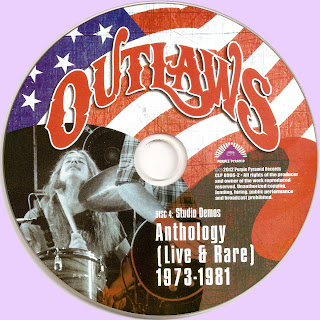