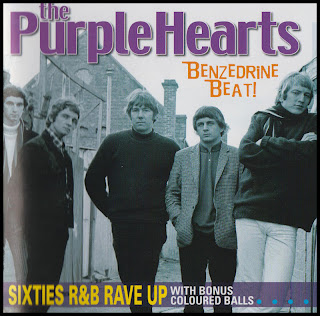 All ten songs the Purple Hearts released during their brief lifetime (on 1965-1967 singles) are on this meticulously thorough reissue. It also adds four songs they recorded on acetates in early 1965 prior to their recording deal, as well as seven tracks by the Coloured Balls, the band in which singer/harmonica player Mick Hadley and bassist Bob Dames played in the late '60s and early '70s.

The Purple Hearts tracks are the ones the collectors who seek this CD out will be most interested in, as they're solid, punky R&B, very much in the mold of the British bands springing up in the wake of the Rolling Stones circa 1964-1965. The cuts are tough and hard-boiled, and will no doubt recall similar, though superior, British acts such as the Pretty Things and the Graham Bond Organisation.

What makes the Purple Hearts inferior to such acts is that they recorded absolutely no original material, devoting most of their studio performances to covers of songs by the likes of Bond, Paul Butterfield, Bo Diddley, and Muddy Waters. They do, however, pull off a superbly menacing R&B/punk makeover of the spiritual "Early in the Morning," with searing fuzz guitar and voodoo-ish ensemble chanting. Too, their sole 45 to feature cover tunes that weren't well known ("Of Hopes and Dreams and Tombstones"/"I'm Gonna Try") is pretty respectable, though Mick Hadley's vocals aren't quite up to the level of belters like the Pretty Things' Phil May.

The Coloured Balls tracks (in quite variable sound quality), which are much more in a hard rock/blues-rock/psychedelic/progressive rock vein, are apparently taken from "rehearsals, gigs and local TV appearances" -- the liner notes aren't wholly clear on this point. These songs aren't nearly as interesting as the Purple Hearts' material, and are likewise all covers, this time around of songs by Jethro Tull, Steve Miller, and Fleetwood Mac, as well as blues tunes by Howlin' Wolf and Willie Dixon.

The 36-page booklet is exemplary, with liner notes featuring vintage photos and first-hand quotes from original bandmembers, properly honoring the Purple Hearts' status as one of the more notable Australian rock acts of the '60s.
by Richie Unterberger 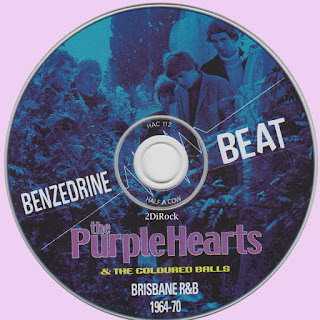 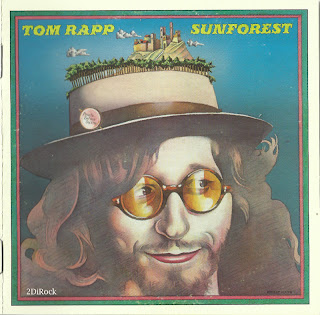 There was always something a little different about Tom Rapp and his music. Debuting in 1967 with his band Pearls Before Swine (a Biblically inspired name, in case you were wondering) and the fascinating album 'One Nation Underground', Rapp continued to explore a diversity of styles and influences through a succession of intriguing records. The personnel in the band might have shifted - after second album "Balaklava" (1968), the other original members all left - but the quality was clear sightedly retained.

Rapp had a remarkable way of espousing his own philosophies and worldly observations in expansive songs that made you think, while also allowing the listener to lose themselves in a melange of musical adventures. He never drew a sonic diagram to guide you through any album - it was your own interpretation that mattered as much as his creativity. By the time Rapp released the album 'Stardancer' in 1972, he was a clearly accomplished performer, both live and in the studio.

This record came out under his own name, something he hadn't encouraged but was imposed by the Blue Thumb label. However for 1973's 'Sunforest' (which would be his final record for nearly three decades – the reasons will be explained shortly), the band name Pearls Before Swine were back in view, as it had been for all his previous releases (except for '72's 'Familiar Songs', over which he had no control). was also a button mentioning the band.

" Most of the work for this record, recalls Rapp, was actually done during the same Nashville sessions which delivered 'Stardancer', although Larry Butler (who would go on to collaborate extensively with Kenny Rogers) did come in as coproducer, alongside Peter H. Edmiston. "I used some of the lyrics from one song here, 'Prayers Of Action', on the back over of 'Stardancer'. As far as I can recall, the two albums were pretty much done at the same time." We shall return to 'Prayers Of action', which seems to have taken on a life of its own, but let's deal with the one aspect of 'Sunforest' that disappoints Rapp to this day - namely the sound quality. "At the time, a new process had just been developed called Aphex. This was an audio processing system that was supposed to dramatically improve the sound of your music. So, I was persuaded to put this album through the Aphexing process. But it didn't turn out quite as I hoped and expected. Instead of enhancing everything, it really did the opposite. So, what you hear on the album is the result of a processing attempt that failed. It's such a pity, because that's the only thing connected to the record that I don't like."

As with 'Stardancer', its successor is full of well-constructed songs performed by musicians of the very highest calibre. And one of two of the tracks have becoming almost iconic, in particular the aforementioned 'Prayers Of Action'. "I would like the lyrics to that song used on my gravestone," states Rapp, calmly. "It really does seem to have had a profound effect on some people. I recall playing a show in London during 1999 (at the Terrastock 3 Festival, University Of London, in August of that year). After my set, a guy came up to me, with his head completely covered in bandages.

He was suffering from terminal cancer, and this had eaten away at his face. He knew he didn't have long to live, but asked if he could used 'Prayers Of Action' at his funeral. That was such an amazing moment for me. To have one of my songs mean so much to one person. "I've had people come up to me in the past and tell me how they were feeling suicidal, and that listening to one of my tunes helped pull them through, but to have someone planning to have this song played at his funeral, which could only be a matter of one or two months away...that was something else." Aside from this, it has also been used as the name of a charity, and has also appeared on a prayer website. "I was asked by the people who run www.worldprayers.org if they could reproduce the lyrics to the song on their website.

So 'Prayers Of Action' seems to have made its mark." Another song, 'Love/Sex', has often been cited as Rapp's own riposte to Stephen Stills' 'morally sleazy' 1970 classic 'Love The One You're With'. And Rapp can now confirm this is the case. "I did have exactly that in mind when I wrote the song, yes. The idea just came to me, and I wrote the song in just a few minutes. Sometimes things do happen that quickly. On other occasions, it can take ages to get the song out. But I wanted to come up with lyrics that really pointed out the importance of love, as opposed to it being interchangeable with sex." Like, 'Stardancer', this album was released to a generally positive critical response, although many reviews did highlight the fact that the sound on the album let it down a little. But this was to be Rapp's swansong.

Soon afterwards, he decided to leave the music business. Why? "I just felt that I'd achieved everything that I wanted to. I had written and recorded about 100 songs. I'd met everyone I wanted to meet. I'd hung out with John Lennon, got to chat to Bob Dylan...what more was there for me to do?" So, Rapp decided to go to law school, which proved a challenge of itself. "To pay for my studies, I sold popcorn at the Harvard Square Movie Theater. In fact, I was working and studying so hard that I probably got about five hours sleep in all over a period of two years! Eventually, in 1984 I graduated (from the University Of Pennsylvania Law School) and became a civil rights lawyer."  Rapp did return to music in 1997, appearing at the Terrastock  Festival in Providence, Rhode Island, and two years later he released a 'comeback' album 'A Journal Of The Plague Year'.

He now plays live on a regular basis, and it is his old material that strikes a chord with everyone. "You know, I couldn't tell you how many copies of 'Sunforest' have been sold. I never made any money from it at the time. But people appear to know the lyrics to these songs, so you have to assume that the album did quite well. I'm generally happy with the way it turned out although I wish the record label hadn't used a portrait of me on the cover!

There are two paintings by (19th century French post-impressionist) Henri Rousseau used on the back cover, and they should really have been on the front." 'Sunforest1 remains a fitting finale to a six-year era wherein Rapp had secured his place in rock history. It captures his imagination, and encapsulates his vision. Songs like the title track - a folk masterclass – and 'Forbidden City' - with is jazz inflections - reflect the fact that he had a diverse canvas, and was never afraid to be bold. A worthy, worthwhile record. Enjoy discovering - or -re-discovering - it.
by Malcolm Dome, London, February 2009 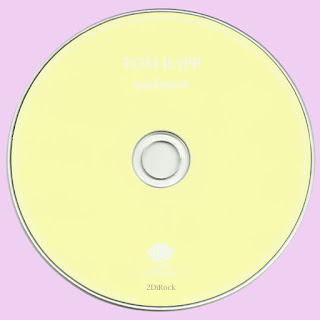 Free Text
Text Host
Posted by Marios at 2:41 AM 6 comments: