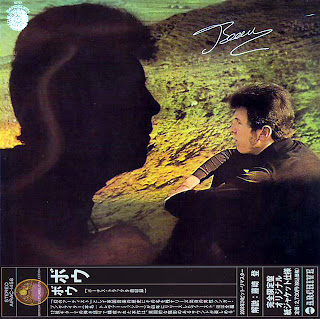 Reissue album from the late British DJ John Peel's short-lived indie label Dandelion Records, Beau is undeniably a minor work that would likely not get much attention were it not for its connection to such a beloved figure. Although released in 1969, the skeletal arrangements -- just a 12-string acoustic guitar and vocals -- have more in common with the very first wave of post-Dylan singer/songwriters.

Think David Blue, Tom Paxton, and Phil Ochs, not the later swell of rock and psych-influenced pretenders to the throne. Christopher John Trevor Midgley -- it's immediately obvious why he chose to change his name professionally -- was the first act signed to Dandelion; as the comprehensive liner notes point out, Peel's business partner, Clive Selwood, was also the European head of A&R for Elektra Records, and the stripped-down earnestness of these songs is entirely in keeping with Elektra's singer/songwriter aesthetic.

However, it's also clear that Dandelion got Beau because Elektra wasn't interested in an act that was already a throwback by the standards of then-current Elektra acts like the Stooges and the Doors. With several decades' hindsight, however, the low-key and gentle charms of Beau are more obvious. Although the album is clearly overshadowed by the outstanding single "1917 Revolution," a piece of passionate folk-rock weirdness that bears fruitful comparison to Tom Rapp's Pearls Before Swine, even less unique tunes like "Pillar of Economy" and "A Nation's Pride" are thoughtful folk songs with better than average lyrics powered by Beau's truly inventive guitar playing.
by Stewart Mason 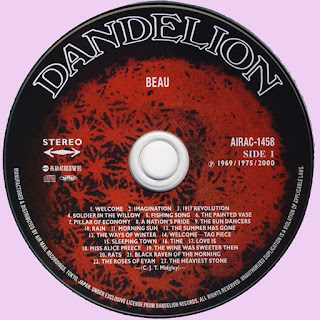 Free Text
Text Host
Posted by Marios at 7:41 AM 6 comments: