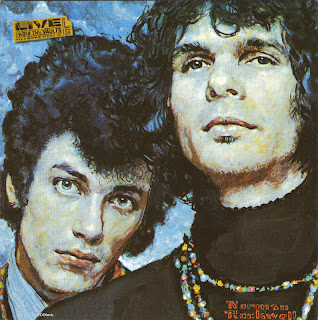 One of the seminal live albums of the late '60s, Live Adventures of Al Kooper and Mike Bloomfield was a natural, organic offshoot of the hugely successful Super Session album from 1968, which contained performances by both of these groundbreaking musicians, as well as Stephen Stills.

The idea of musical spontaneity both in live performance and in the recording studio had reached a certain apex in 1968, and spontaneous excursions by musicians such as Jimi Hendrix, Steve Winwood, and the Southern California musical covenant that eventually became Crosby, Stills, Nash 'n' Young, as well as a host of others, were indeed a sign of the times. But it was the union of Bloomfield and Kooper that can truly claim an origination of the phenomenon, and this album takes it to another level entirely.

Utilizing a fine and tight rhythm section of John Kahn and Skip Prokop, the two musicians duel and embrace each other on such cuts as the accurately named "Her Holy Modal Highness" and a great, revamped rock/soul re-working of Paul Simon's "Feelin' Groovy," which is buttressed by a guest studio vocal overdub by the author himself. The album's high point may be Bloomfield's rendering of Albert King's epic "Don't Throw Your Love on Me So Strong," which may indeed also be one of his finest career recordings.

Like the Super Session album, history repeated itself, as Bloomfield's chronic insomnia caught up with him by the morning of the second night of the two-night gig, rendering him unavailable. Kooper enlisted the help of Steve Miller and a practically unknown Carlos Santana (himself a Bloomfield devotee) for several tracks, particularly a loose and free version of "Dear Mr. Fantasy," which sort of embodies the whole affair and era. Undoubtedly a necessity from the period, the record has been remastered for CD, and the results are truly glorious, and do this legendary album justice.
by Matthew Greenwald 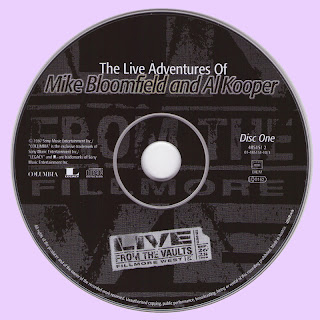 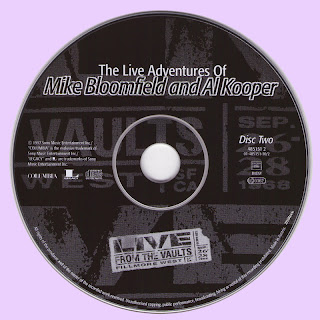