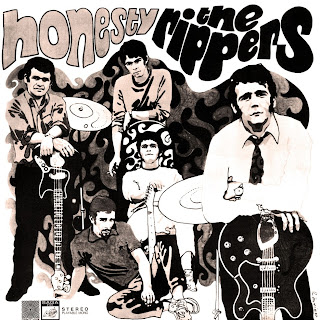 They apparently made some noise playing clubs and battle of the bands contests, and attracted the attention of the small German Opp label (who had signed The Blackbirds and Hairy Chapter).  How they went from Opp to releasing an album on the budget British Saga label is a total mystery to me, though someone out there must know.

1968's "Honesty" featured a collection of original material sung in English  With Gottescalk credited with writing most of the ten tracks, the band was heavily influenced by a wide array of American and English acts.  That made for a fun spot-the-influences collection with included everything from Ray Manzarek-styled organ flourishes ('Honesty'), to Stax flavored instrumentals ('Big Ben').  The band was also blessed with two strong singers in Gottescalk and Wolf.  Rosell also sang, but wasn't nearly as good.

All three men sang with distinctive accents, but you quickly got acclimated to them and the accents only occasionally stood out as an issue (the hideous ballad 'Georgia').  By the way, courtesy of the liner notes, we know that Gottescalk's voice 'has rather a black timbre.'  I'm guessing something got lost in the German-to-English translation.
Bad-cat 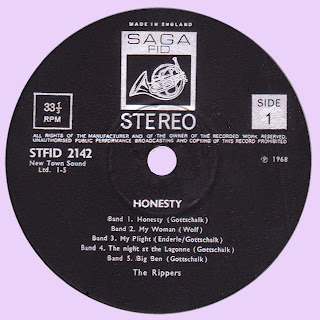