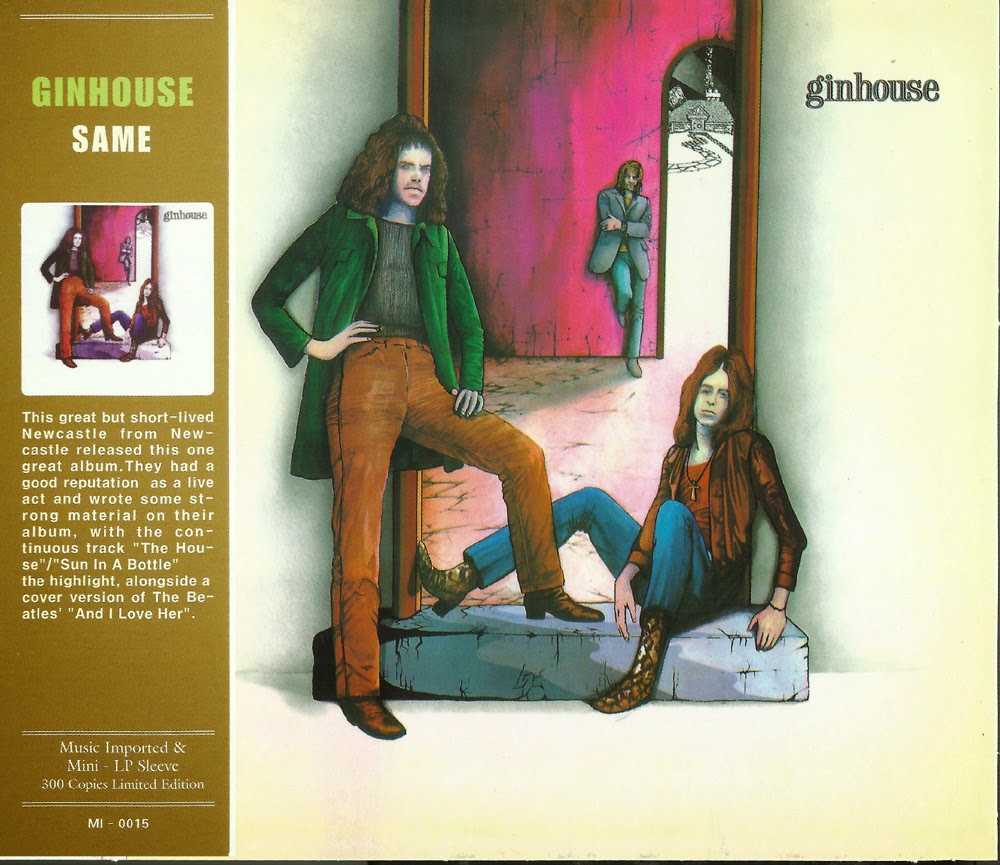 Ginhouse were a trio from Newcastle consisting of Stewart Burlison (bass, vocals), Geoff Sharkey (guitar, vocals) and David Whitaker (drums). They only recorded one album. Although Ginhouse had a strong live performance at the time - they supported bands like Yes, The Who and Fleetwood Mac - this album appeared to be their swan song; they disbanded in 1972. The first reissue on CD dates from 1993 on Green Tree Records, but it failed to reach the office of Background Magazine. Thanks to Esoteric Recordings this recently remastered reissue gave me a second chance to discover the music of this band.

When you listen to this album forty years after it has been recorded you can say that it sounds rather outdated. However, I guess that isn't a problem as long as the compositions have something to say music wise. Well, this is certainly the case and I often wondered why this band never made it to the top. Not all pieces these musicians recorded for their sole effort can be regarded as progressive rock. Mainly songs as The Journey, Portrait Picture and Fair Stood The Wind drew my attention all the way. On these tracks the keyboard parts played by producer Anders Henriksson push the music of Ginhouse towards a musical style strongly related to In The Court Of The Crimson King (1969), the debut album by King Crimson. The combination of the lead vocals, which occasionally sound like the voice of Greg Lake, the acoustic guitar, organ and Mellotron flutes reminded me of several tracks from that album.

At the time Ginhouse were also influenced by the music of The Beatles which can be heard throughout the album. Therefore I wasn't really surprised to hear that they covered And I Love Her, one of the many Lennon & McCartney songs. They made a rather heavy version of this mellow acoustic song. Apart from the already mentioned influences I also heard touches of the hard rock scene that flourished in those days. Ginhouse's music isn't as heavy and loud as the music recorded by bands as Deep Purple or Black Sabbath, although the overall sound is clearly dominated by the electric guitars. Finally I heard some elements from psychedelic rock and folk music.
by Henri Strik 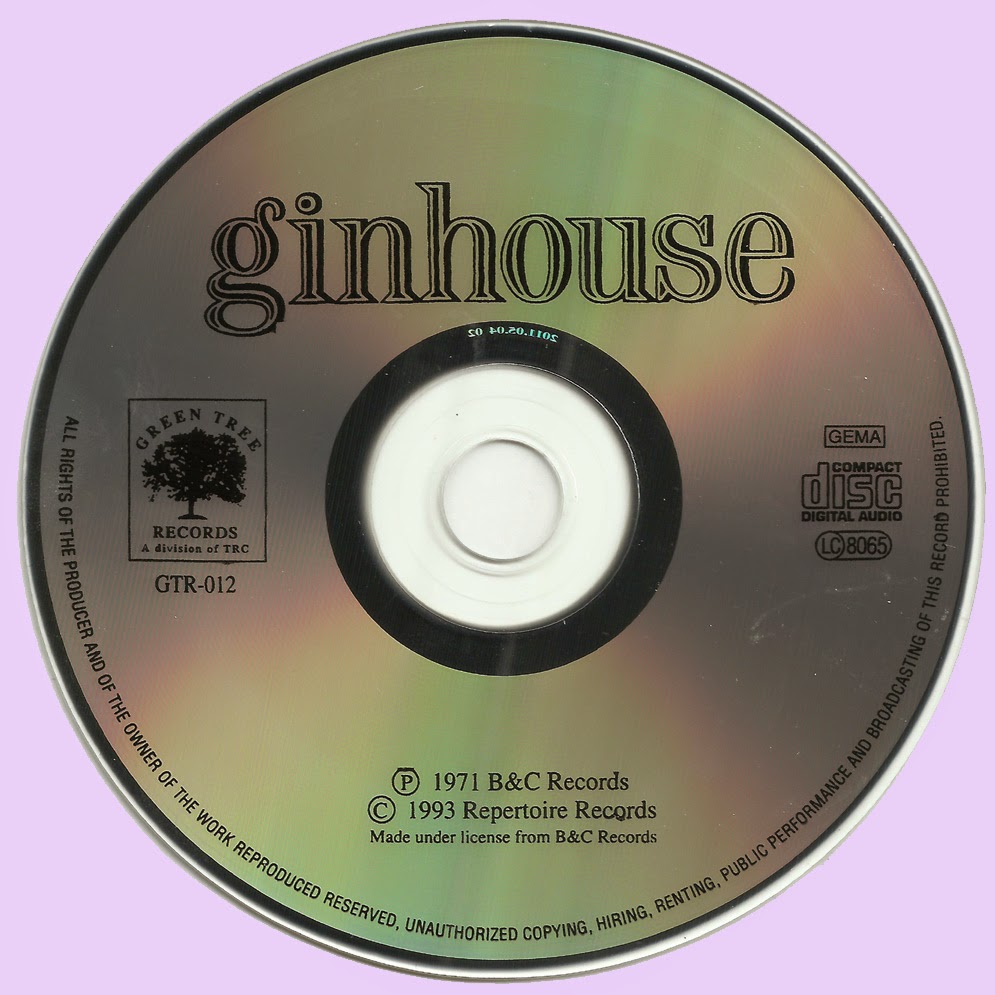 Free Text
Just Paste
Posted by Marios at 8:45 AM 7 comments: