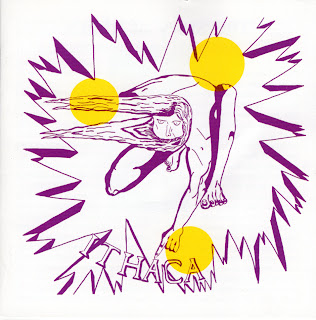 "A Game For All Who Know" is the last album by the trio of Ferdinando, Howell, and Menelaus. At that time, John Ferdinando seems to become the centerpiece of the band, having had a hand in penning all six songs. For more details on the trio and its creation, have a look into the review of their previous album "Fly Away".

The Album. Stylistically and structurally, "A Game For All Who Know" is much in the vein of "Fly Away". In other words, the trio followed their original style right up to the end of their musical career. Of course, the music that is presented on this album is still about the same, accessible and melodious, Symphonic Art-Rock with the elements of Folk Rock. The arrangements that are featured on "A Game For All Who Know" are for the most part of an acoustic character, as well as those on "Fly Away".

However, unlike the trio's previous album, all the songs that are featured on "A Game For All Who Know" were, overall, created within the framework of a unified stylistics. As for the progressiveness of these songs, three of them, namely Journey, Questions, and Dream (tracks 1, 2, & 5), are more straightforward than any of the remaining three songs. The vocals that are present on Journey, Questions, and Dream are for the most part accompanied only by the monotonous rhythms of acoustic guitar and chords of organ.

While on Times, Feelings, and A Game For All Who Know, the instrumental arrangements are always intensive and flow nonstop regardless whether there are the vocals. All three of these songs are excellent, but the album's title-track is an absolute winner.It is filled with diverse and tasteful interplay between passages of acoustic guitar, piano, and Mellotron, and solos of electric and bass guitars. By the way, A Game For All Who is the only track on the album that features the Mellotron.

A 'chief' keyboard instrument on all the other tracks of the album is an electric organ. Apart from the album's title-track, the piano passages are present also on Journey, Questions, and Times. The solos of electric guitar and recorder play minor roles on this album. While the passages, solos, and rhythms of acoustic guitar, solos of bass guitar, and chords of organ are notable throughout the album.

As for the parts of drums and percussion, they are present on each track of the album as well. However, these parts aren't that noticeable. In fact, they are monotonous throughout the album. Which, though, doesn't much matter with regard to this kind of music. Surprisingly enough, about two thirds of the vocal parts that are featured on this album were sung by Lee Mennelaus. (In the review of "Fly Away",

I mentioned that her angelic voice fits well the music of the trio.) Undoubtedly, "A Game For All Who Know" is the most integral, coherent, and progressive album by the trio of Ferdinando, Howell, and Mennelaus. In that way, the last chapter of their creation can be considered their creative peak. Once again, I can highly recommend this album only to those who love the music of Renaissance-Mark-I and Illusion, both of which are virtually the same band, and the likes.
VM 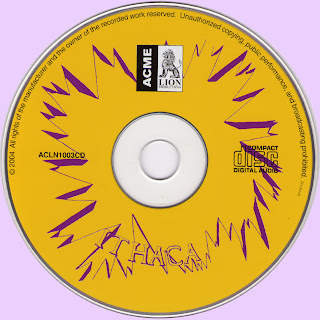 Free Text
the Free Text
Posted by Marios at 8:23 AM 13 comments: