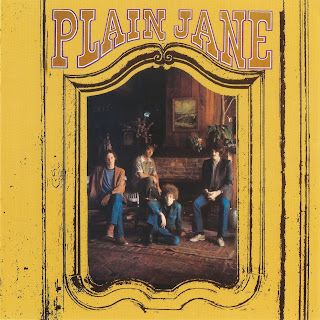 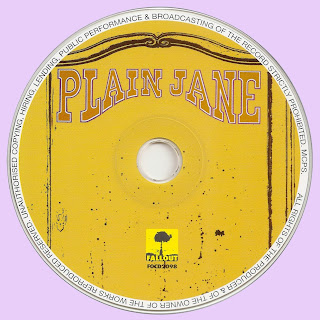 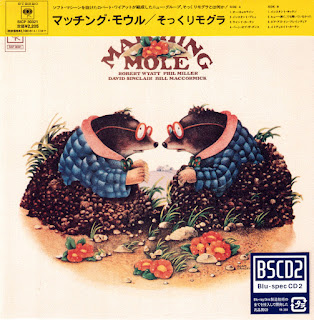 Robert Wyatt left Soft Machine in 1971 because of creative differences (he didn't want the band to completely abandon vocals) and decided to make a solo album. Wyatt was contractually obligated to Soft Machine's label (CBS) as a solo artist, and it was at the behest of CBS that Matching Mole was formed: CBS insisted that a band be created to support the solo album with a tour. Wyatt ended up making the band a permanent entity and thus Matching Mole (a play on machine molle, the French translation for "soft machine") was birthed. Given the genesis of the project, it should be no surprise that most of the music is Wyatt-penned.

The album is minor practically by definition — it's a disjointed, uneven mixture of experimental jazz improvisation and graceful, Beatles-esque melodic passages — but I think it is nevertheless quite successful. Most of the songs flow together and the first three have a suite-like unity. "O Caroline" is a beautiful Mellotron and piano piece that has an almost-convincing sincerity, although lyrics like "If you call this sentimental crap you'll make me mad / because you know that I would not sing about / some passing fad" reveal an obvious self-awareness.

"Caroline" then morphs into the trippy "Instant Pussy," in which Wyatt's wordless vocals echo and float above a gentle, catchy bass riff. Groovy. Structure returns with "Signed Curtain," another fragile vocal tune where Wyatt's lyrics irreverently do nothing more than designate what part of the song he's singing: "This is the first verse... this is the chorus / or perhaps it's a bridge," and so on. I find it charming in Wyatt's singularly weird sort of way, though I'm sure it sounded more daring at the time than it does now.

Then we're off to experimental jazz fusion territory, albeit with an occasionally psychedelic bent that I suppose harks back to Wyatt's U.F.O Club days in Soft Machine when they shared the bill with Pink Floyd. "Part of the Dance" is Phil Miller's, and it shows — the piece is very proto-Hatfield and the North. It's probably my favorite of the instrumental jams. "Instant Kitten" and "Dedicated to Hugh, But You Weren't Listening" (a pun on an early Soft Machine song) are Wyatt compositions with psychedelic auras: the drones that make up the opening segment of "Dedicated To Hugh" are more Pink Floyd than Soft Machine.

Up until this point, I'd say that the album flirts with excellence. The final two tracks drag it down a bit, though. "Beer as Braindeer" and "Immediate Curtain" are free-form explorations of sound textures. In some respects, they resemble the similarly-minded material on the Can album Tago Mago (except here the impact is sweetened by Mellotron). This stuff isn't bad, but sequenced this way the flow of the album is disrupted. Tailing off as it does, Matching Mole is like a trip that I'm not sure really goes anywhere, even if the ride is often interesting.
by Matt P. 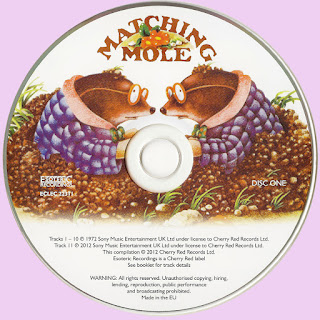 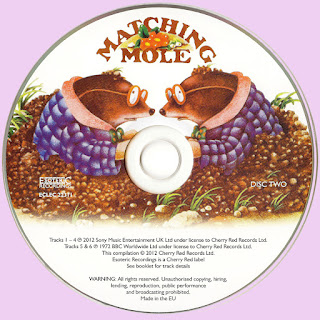 Free Text
Just Paste
Posted by Marios at 3:43 AM 10 comments: