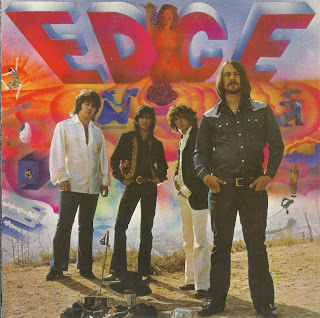 I was a member of Edge off and on for three years.  After we left The American Revolution, Richard, Dave and I hooked up with two guys we had met in Honolulu - Bob and Eddie (can't remember their last names).  They came to Los Angeles, and we hooked up with a producer named Norm Malkin, and recorded and released a single, written by Richard and myself.

It was called "Something New" b/w "Seen Through the Eyes" (which is available on one of the Pebbles CDs).  Eddie and Bob left, and were replaced by a guy named Barry McCoy, who played organ (circa 1969).  Donnie Branker came back to manage us.  We recorded an album for Norm, but he couldn't place it, and eventually we broke up.

We did open for Three Dog Night and Sweetwater.  About a year later, in 1970,Richard called me to say that he'd been recording with Dave and a British bass player, but the bass player had had to go back to England.  He asked if I’d like to join them?  I said okay, but I wasn't playing much bass.  I joined as guitarist/keyboard, and played a little bass.

We then found a guy named Galen Murphy who could play bass.  We finished that album and released it through Nose Records, an independent label, but it was a terrible album.  There were too many different styles, and a terrible mix.  I left the group soon after and got married.
by John Keith

Barcellona and Keith had earlier played together in American Revolution and Novogorski had been with Boston Tea Party making it likely that this was a Hollywood band although it is frequently reported as a San Francisco band. 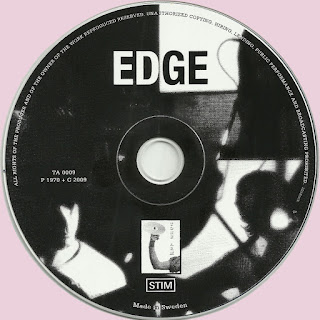 Free Text
Just Paste
Posted by Marios at 6:35 AM 6 comments: