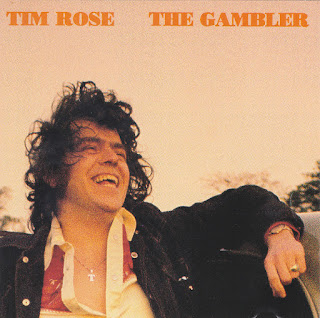 Tim was raised in Virginia, from which he gets his southern roots and where he learnt to play guitar, banjo, organ and bass. He started his professional career with the Big Three, which together with Mama Cass Elliott (whom he discovered working in a drug store) went on to become one of the critically acclaimed singing groups of the mid 60's. When the group broke up, Tim decided to make a solo career, Tim considers his most formatwe years were during the period he lived in Bleeker Street, above the Bitter End, in New York's Greenwich Village working the coffee bars and folk rock clubs. His friends and musical contemporaries who were all working the same circuit read like a Who's Who in music today - Steve Stills, Dave Crosby, John Sebastian, Scott Mackenzie, Felix Pappallardi, Janis Ian, Simon & Garfunkel, Don McClean, Al Cooper. David Clayton-Thomas, Harry Chapin, Eric Wiseberg among others.
Tim was discovered by Dave Rubinson of CBS Records, singing his particular brand of electric folk rock at the Night Owl cafe. He started working with producer Bob Johnston (later of Dylan fame) in Nashville. However, CBS weren't ready for the combination of Bob and Tim and Dave Rubinson, who until then had only been producing spoken word records, was persuaded by Clive Davis and Tim to produce an album with Tim.
The initial tracks included 'Morning Dew', 'Hey Joe' and 'Come Away Melinda'. These early recordings have become the cornerstone of Tim's career and were early influences on other artists such as Jimmy Hendrix, Rod Stewart and Jeff Beck. In 1969, after several successful tours, which have included in his various bands musicians like John Bonham, Ainsley Dunbar, Eric Wiseberg, Elliot Randall and Andy Summers among others, Tim decided to live in New York, give up touring and concentrate on writing and making commercials.
He either wrote or appeared in over 200 commercials within the short period of three yea's. He later moved to Los Angeles where he continued with his writing and renewed his first love affair with airplanes and flying. In 1976 Tim moved to London, Irving off the Fulham Road close by Chelsea Football club. Here he met producer & songwriter Pierre Tubbs and they started working on this album also formed a band called Tim Rose & Fresh Air. This went well until the record company, a Dutch organization decided that they would have a change of management and chucked out all the acts the previous management had signed, including Tim. Tim hung around for a year or so but soon became fed up with waiting and sadly flew home to New York another life. This album was made with hope in the air and a great sense of fun, remember fun?
CD Liner Notes 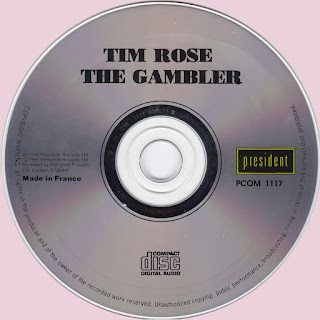