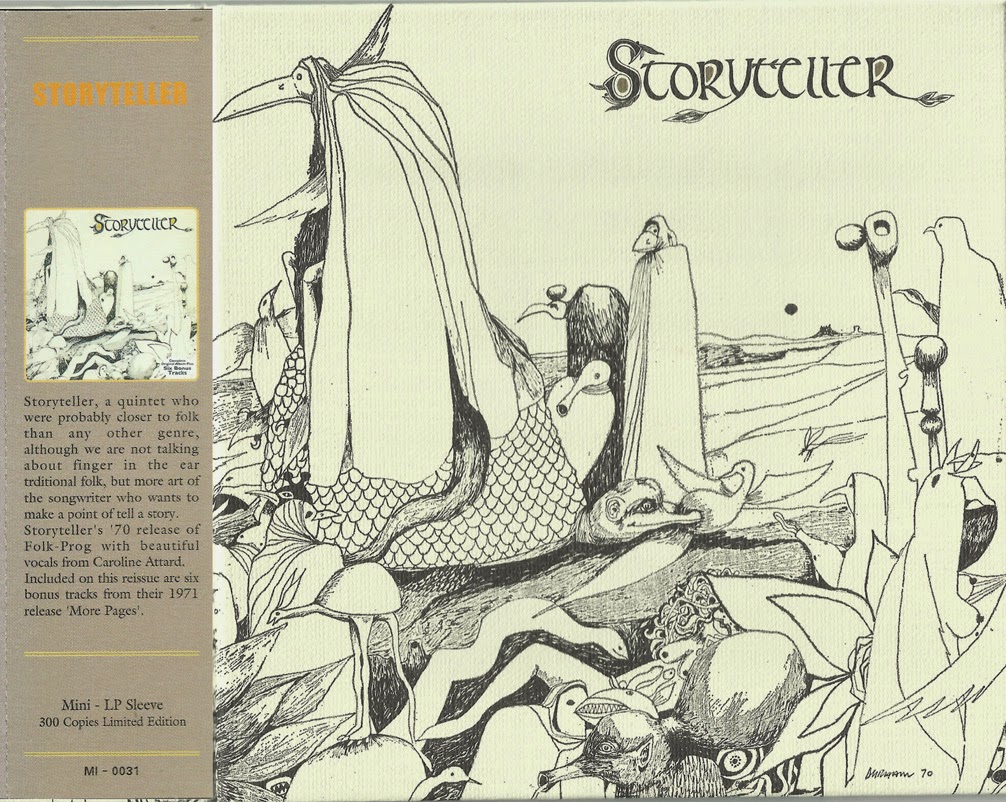 The start of the Seventies was an uncertain time for lovers of grown-up popular music. Monterey had led to Woodstock, which had become Altamont. Much of that deep and meaningful West Coast stuff had turned to self-indulgence, and the deaths in quick succession of Joplin, Morrison, Hendrix, etc., had heralded the emergence of Glam Rock and the increasing influence of heavy metal.- Fortunately, however, in the early Seventies there were acts who followed their own inclination, ignoring current fashions .and just doing;:what seemed to come naturally. One such was Storyteller, a quintet who were probably closer to folk vain than any other genre, although we are not talking about finger in the ear traditional folk, but more the art of songwriter who wants to make a point or tell a story.

Perhaps appropriately Storyteller’s two albums were released by Britain's then foremost folk label, Transatlantic, their eponymous debut LP in 1970, and their last will and testament, 'More Pages' in 1971. These were not chart albums (far from it), bat particularly the first LP remained a pleasant memory for over 25 years until that nine, Mr.Dane asked me whether there were any Transatlantic album that he might consider reissuing.

As Storyteller seemed to have been forgotten by everyone but me that was my recommendation. Write a sleeve note, then sure, if you can tell me where to find them. The Group's focal point was probably Caroline Attard, and if memory serves, she was married to Andy Bown, who used to be in The Herd with Peter Frampton in the Sixties, then joined a group which achieved rather less than was expected of it called Judas Jump. Storyteller threw in the towel in 1971,  Terry Durham returned to Leeds in Yorkshire, Caroline became mrs Bown, and Andy  became permanent keyboard player with Status Quo, also released some solo albums.
by John Tobler 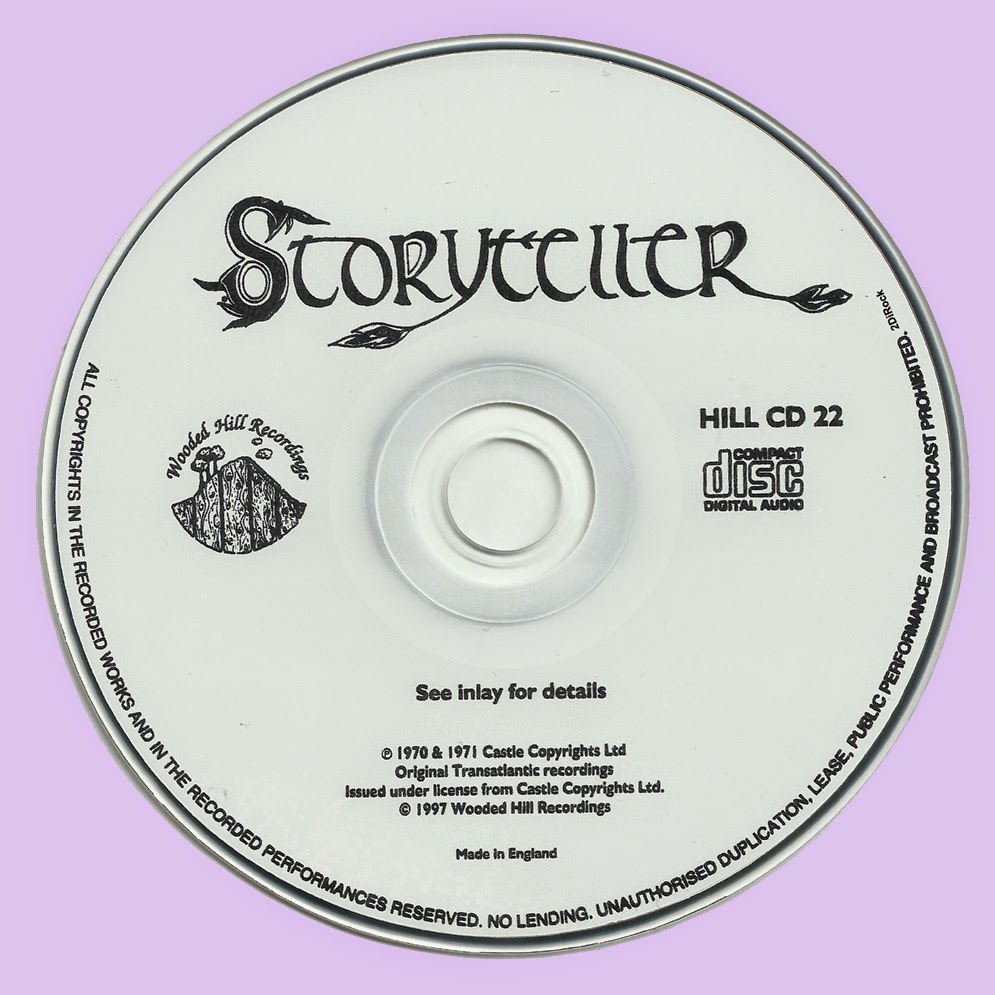 Free Text
Text Host
Posted by Marios at 10:09 AM 8 comments: