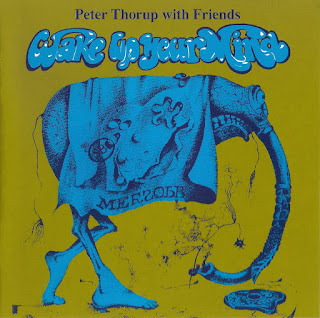 Peter Thorup well known Danish Blues-Rock musician gained an international reputation because of his cooperation with Blues icon Alexis Korner in New Church, CCS and Snape in the early 70s. After he dispended his first Band The Beefeaters in 1969, Thorup was helped by some old friends from famous Danish groups Young Flowers, Burning Red Ivanhoe, The Beefeaters, Rainbow Band to record "Wake Up Your Mind" in February and March 1970. 13 titles were recorded of which 7 found its way on in 1970 on Philips released album "Wake up Your Mind".

The music was not restricted to just Blues-Rock and consequently this release had a much wider appeal as the rest of Peter Thorups efforts. The album reflects the musicians good reputation and it is rather a band project than a solo effort. Fantastic guitar playing by Peter Thorup and Peer Frost (Young Flowers), gorgeous vocals by P.T. and Ole Fick (Burning Red Ivanhoe), excellent organ work by Morten Kjaerumgard and impressive flute and sax playing by Bent Hesselmann (Maxwells, Rainbow Band/Midnight Sun) define this real killer.

Beside the original album tracks, there are 6 bonustracks featuring among others Hendrix´ "If 6 was 9" in an real killer 8 minutes version and 11 Minutes opus "I dreamed I was a dog last night" by Ole Fick. Package comes with comprehensive booklet, band history, photos, digitally remastered. A must have. 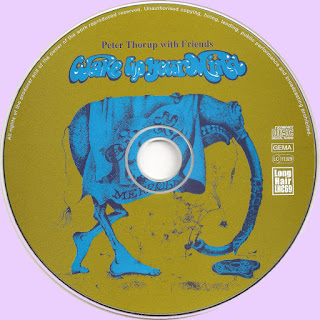 Free Text
the Free Text
Posted by Marios at 6:27 AM 7 comments: