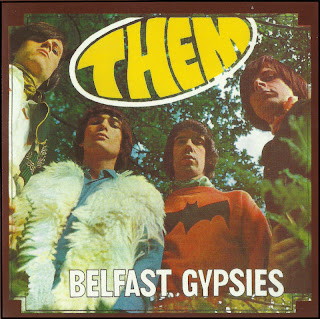 The Belfast Gypsies' sole album was a very credible blast of British Invasion-styled R&B-rock. Released a year about after it was recorded and the produce by  Kim Fowley gives this rough-hewn R&B a manic, freaky edge on cuts like "People, Let's Freak Out," "Suicide Song," and "Secret Police."

The Them-like atmosphere is heightened by singer Jackie McAuley, who's very much a Van Morrison-style vocalist ("Gloria's Dream" is a blatant cop of "Gloria"), though not in Morrison's league. Still, it's quite a solid effort, McAuley's organ pacing the band's brittle rock-R&B, with some decent originals and a diverse assortment of imaginative covers, ranging from Donovan to traditional folk to a tongue-in-cheek classical instrumental.

Their tense version of "It's All Over Now, Baby Blue" is one of the greatest obscure Dylan covers, and the magnificent harmonica on "Midnight Train" is a highlight. [In 2003, it was reissued on CD by Rev-Ola with six bonus tracks, five of them barely different EP and 45 mixes of songs from the original LP (though the French EP mix of "Midnight Train" seems to straighten out a varispeed flaw that had afflicted previous pressings).

The other bonus track (and sole cut not to have appeared on the original LP), "The Gorilla," is a generic soul-rock instrumental with prominent organ that appeared on a French EP. Note, though, that while that recording did originally appear on a Belfast Gypsies release, it's not actually the Belfast Gypsies performing on the track, which was likely done by some or all members of Shotgun Express (particularly as two of them, including keyboardist Peter Bardens, shared in the songwriting credits).
by Richie Unterberger 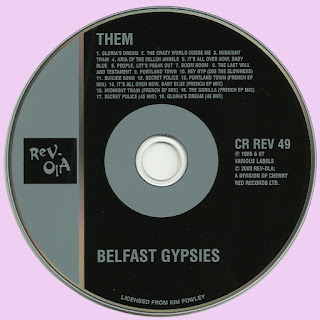