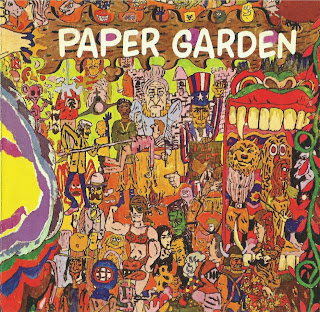 A decent if somewhat candy-coated effort in the pop-psychedelic vein, combining cheerful sunshine pop sensibilities with some hard-edged psychedelic playing. It all falls somewhere between the Beatles' Revolver album and the Zombies' Odessey & Oracle (the latter especially on "Man Do You" and "Raven"), with some Sgt. Pepper-type layered choruses and overdubbed strings and other instruments.

The question is how well it represents the sound of the Paper Garden -- and that begs the larger question behind the purpose of recording an LP; The Paper Garden dates from a period when the answer to that question was starting to change. According to the account of singer/guitarist Joe Arduino, the New York City-based quintet had a solid stage repertory established from performances at colleges in the Northeastern United States in 1967 and 1968, when they got the chance to cut this album under the auspices of British producer Geoff Turner, who was working at Musicor in New York at the time -- presented with that opportunity, the members ended up writing a whole new body of songs for the occasion; thus, the album become a new, self-contained artistic statement rather than a representation of the music by which they'd first attracted attention and defined themselves.

The songs are filled with catchy tunes played on a mix of virtuoso electric lead and acoustic guitars -- with the occasional sitar, courtesy of rhythm guitarist Sandy Napoli -- and violin, string orchestra, trumpet, and trombone embellishment, and the lead singing coming down somewhere between Paul McCartney and Colin Blunstone with the backing usually very Lennon-esque. The group had three talented songwriters in their ranks whose work was worth hearing and the 27-minute running time isn't even a problem -- the content is substantial enough to make this a nicely full sonic meal and one of the most enjoyable albums of the psychedelic era.
by Bruce Eder 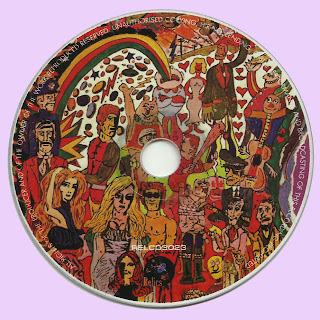